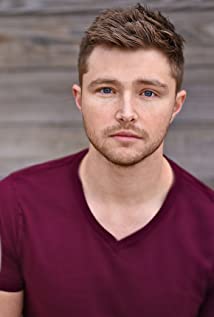 Sterling Knight was born and raised in Houston, Texas, who discovered his passion for acting at an early age of 10. He appeared on various plays through out his school years and had his big film break as a supporting role on 17 Again (2009) as Alex O'Donnell. In his first leading television role, Knight starred as Chad Dylan Cooper, a famous stuck up celebrity on the #1 show, MacKenzie Falls (2009), who unintentionally falls for his rival, Sonny Monroe, played by Demi Lovato, in Sonny with a Chance (2009). Knight also played Christopher Wilde, a famous singer who falls for a Midwest down to earth girl, Jessica Olson, played by Danielle Campbell, in DCOM's StarStruck (2010) which had one of the highest ratings in Disney Channel history.Sterling Knight resides in Los Angeles with his roommates. In his spare time, Sterling Knight enjoys playing music, playing sports, interacting with fans, and just having fun.

The Man from Earth: Holocene

Balls Out: Gary the Tennis Coach