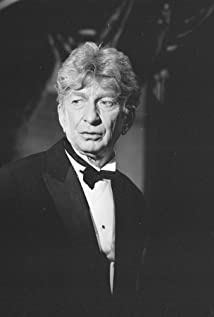 Popular American character actor of amusing appearance and voice whose long career led from dozens of highly enjoyable onscreen performances to world-wide familiarity as the voice of numerous Walt Disney animated films. Born in the American Deep South to grocer Sterling P. Holloway Sr. and Rebecca Boothby Holloway, he had a younger brother, Boothby. Holloway spent his early years as an actor playing comic juveniles on the stage. His bushy reddish-blond hair and trademark near-falsetto voice made him a natural for sound pictures, and he acted in scores of talkies, although he had made his picture debut in silents. His physical image and voice relegated him almost exclusively to comic roles, but in 1945, director Lewis Milestone cast him more or less against type in the classic war film A Walk in the Sun (1945), where Holloway's portrayal of a reluctant soldier was quite notable. He played frequently on television, becoming familiar to baby-boomers in a recurring role as Uncle Oscar on Adventures of Superman (1952), and later in television series of his own. His later work as the voice of numerous characters in Disney cartoons brought him new audiences and many fans, especially for his voicing of beloved Winnie the Pooh. He died in 1992.

The Many Adventures of Winnie the Pooh

Winnie the Pooh and Tigger Too

Winnie the Pooh and the Honey Tree