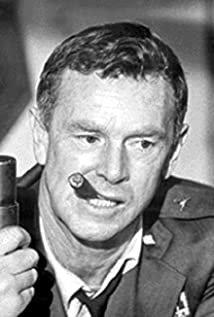 Takma İsimler: The Most Beautiful Man in the Movies, The Beautiful Blond Viking God

Born to George & Frances Simonson Walter, and named Sterling Relyea Walter. Father died in 1925. Adopted by stepfather 'James Hayden' renamed Sterling Walter Hayden. Grew up in New Hampshire, Massachusetts, Pennsylvania, Washington D.C., and Maine. Though very poor, attended prep school at Wassookeag School in Dexter, Maine. Ran away to sea at 17, first as ship's boy, then as doryman on the Grand Banks, as a seaman and fireman on numerous vessels before getting his first command at 19. He sailed around the world a number of times, becoming a well-known and highly respected ship's captain. At urging of friends, met with producer Edward H. Griffith who signs him to a Paramount contract. Fell for his first leading lady, Madeleine Carroll, and married her. Prior to Pearl Harbor, abandoned Hollywood to become a commando with the COI (later the OSS). Joined Marines under pseudonym "John Hamilton" (a name he never acts under), eventually running guns and supplies to Yugoslav partisans through the German blockade of the Adriatic, as well as parachuting into Croatia for guerrilla activities. Won Silver Star and citation from Tito of Yugoslavia. Briefly flirted with Communist Party membership due to friendship with Yugoslav Communists. Returned to film work, which he despised, in order to pay for a succession of sailing vessels. As Red Scare deepens in U.S., he cooperated with the House Un-American Activities Committee, confessing his brief Communist ties. Ever after regretted this action, holding himself in enormous contempt for what he considered "ratting". Offered role of Tarzan as replacement for Lex Barker, but refused. Made headlines defying court order not to sail to Tahiti with his children following divorce decree. Published autobiography "Wanderer" in 1963, and novel "Voyage" in 1976, both to great acclaim. Cast as Quint in Jaws (1975) but unable to play due to tax problems. Died of cancer in 1986.

The Blue and the Gray

King of the Gypsies