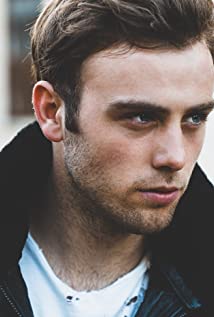 Sterling Beaumon is best known for his starring role as 'Young Ben' on ABC's hit series LOST. Since then the accomplished actor has shown his diverse acting skills seamlessly segueing into characters you'd never expect the sweet, well-mannered young actor portray - teenage serial killers on two of primetime's most popular dramas, Law & Order: SVU (NBC) and Criminal Minds (CBS).Sterling became widely known as a 13-year old when he pulled off the memorable role of 'Max,' in Mostly Ghostly, which has become one of the most popular movies ever on the Disney Channel and has sold an astonishing number of DVDs.He has guest starred on a wide range of popular series including Bones, ER, Cold Case, Heroes, 7th Heaven, Crossing Jordan, In Case of Emergency, Scrubs and Gary Unmarried. In 2009, he earned critical raves as a strung-out meth addict/drug dealer on the critically-lauded series, The Cleaner (A&E).The versatile thespian is adept at voiceover work-it's Sterling Beaumon you'll hear as one of the starring English voices in the Japanese anime series Gunsword and in Summit Entertainment's big screen Astro Boy (as "Sludge/Sam") opposite Freddie Highmore and Nicholas Cage.Sterling made his professional stage debut at the age of seven in The Grapes of Wrath. An Equity stage actor , he has performed in theaters throughout Southern California, inc. a role in the Geffen Playhouse's All My Sons, opposite Broadway veteran Len Cariou, Neil Patrick Harris and lauded actress Laurie Metcalf. His stage work ranges from musicals to straight plays- comedy and drama to performances with the esteemed West Coast Ensemble in which he is a member. Sterling's star turns in WCE's "Assassins and BIG! The Musical earned favorable reviews and critical acclaim. In fact, Sterling won the 2010 Young Artists Award as Best Stage Actor for the starring role in BIG!.Television commercials have also been a fun outlet for sterling's talents. When he was six he was lucky to star in a Disney Cruise Line spot. Since then, he has been in several national commercials including those for car manufacturers, pool products, foods, video games and mobile phone companies. This past year, Sterling was a standout in a Nintendo spot and is waiting for a ATT commercial to air where he plays a musician.Ironically Sterling really is a vocalist. His 1st CD, Step Back to Reality was released in 2010 and he is writing and recording new songs regularly.Sterling supports numerous charities including the Lollipop Theater, Ronald McDonald House, the American Cancer Society, Bookshare, Feed the Children and arts programs.He is adept at many sports and dance but his heart and soul are in Ice Hockey. Having been a competitive figure skater at a young age has made him a formidable skater while chasing down the puck and pursuing the opposing team.