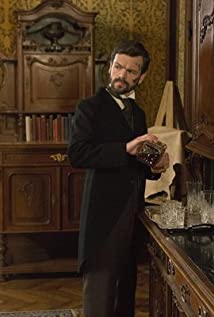 Stephen Walters, an Royal Television Society (RTS) Best Actor nominee, was born on 22 May 1975 in Merseyside, England (UK), where he spent the remainder of his childhood. A regular both on British television and film, for many years he has played a wide range and variety of character roles in both drama and comedy. The roles with which he is most commonly associated are unpredictable, complex figures. These characters illustrate a wide range of dialect accents and backgrounds including American, RP, Scottish, Irish ,Eastern European, Cockney, Mancunian and others. Stephen has also worked alongside directors as eclectic as Matthew Vaughan, Danny Boyle, Ronny Yu, Guy Ritchie, Peter Webber, Sam Miller, Rowan Joffe, and the late Antonia Bird.After completion of a BTEC in Performing arts at Southport Collage (1990-1992), he went on to gain a place at the prestigious Bristol Old Vic Theatre School (1994-1996). In 1994 Stephen played the lead role of Joey Jackson, a poetic soul searching for the meaning of life, in Jim Morris' "Blood on the Dole" as part of the "Alan Bleasdale Presents" series for Channel 4. This performance garnered much critical acclaim for Walters and with the personal advice of Bleasdale he decided to apply to train at drama school. Stephen has spoken about this period in his career by saying, "I owe everything to Alan Bleasdale in that, after seeing Blood on the Dole, he made me realize and see for the first time that I was an actor...Bleasdale opened the door for me...literally and metaphorically speaking".In 1989, whilst still at Saint Wilfrids secondary school, Stephen got his first break in television through a now defunct agency run by fellow Liverpudlian actor Ricky Tomlinson, with whom he has appeared in no less than five different projects. Cast as part of ITVs "Dramarama" series on an episode entitled "Ghost Story", Stephen played the featured role of Corporal Tomkins. This was directed by future award winning Director Julian Jarrold, whom Stephen went on to work with again on an ITV drama entitled "Touching Evil". Stephen portrayed lead guest character Jack McCaffrey, a slippery cockney, in a two-part drama written by Paul Abbott.Coincidentally, by a strange quirk of fate in the spring of 2013, Stephen played the lead role of Ricky Tomlinson in "Ragged", which was a one-off drama for the "Sky Arts Presents" series directed by comedian Johnny Vegas. The role dealt with Tomlinson's incarceration during the 1970's builders strike. For his performance, Stephen was nominated, alongside Derek Jacobi, for an RTS Award as Best Actor in a single drama.After leaving drama school Stephen appeared as Ian Glover in Jimmy McGovern's highly acclaimed drama "Hillsborough", which went on to win a Bafta for best drama. His next performance was in the role of Jamie Spencer on ITV's ill fated drama series "Springhill" (1996), though Stephen did not return for the second series due to artistic differences.Between 1998 and 2000, Stephen appeared in numerous eye catching episodic performances such as BBC's "Pie In the Sky", opposite the late Richard Griffiths, Mikey Sullivan in Jimmy McGovern's "Liverpool 1", Private John McGrath in "Band of Brothers" (HBO), and Scot in "Nice Guy Eddie". Stephen also played Kick Box Stevie in the feature film "Kiss Kiss Bang Bang" by Stuart Suggs.In 2001, with three back-to-back roles, Stephen's work and range were presented to a larger much larger audience. Stephen starred in the BBC's production of writer Jim Cartwright's (Road, Little Voices) "Strumpet" opposite Christopher Eccleston. "Strumpet" was directed by Oscar winning director Danny Boyle. The role of Knockoff was, in Stephen's words, "An actor's dream". This performance was in complete contrast to Walters' more dramatic work up to this point and showed his love for comedy. Walters has gone on record as saying..."It took someone like Danny to take a chance on me...previously I had done more intense, perhaps disturbed kind of characters...then along came this script that I read for and Danny thought I could play it...working with Danny Boyle, Christopher Eccleston and Jim Cartwright was a real learning curve for me".That same year Stephen featured in the film "Mean Machine" (2001), a remake of the 1974 Burt Reynolds film produced by Matthew Vaughn, as bomb expert Nitro opposite actor Vinny Jones. He then played the role of Nazi skinhead Blowfish in Ronny Yu's film "51st State" (AKA-"Formula 51") opposite Samuel L Jackson and Robert Carlyle. Both characters showcase the more unpredictable, dangerous type of characters that Walters seems to relish. Interestingly, Stephen also worked with Carlyle in his first ever feature film "Plunkett and McCleane", directed by Jake Scot, son of acclaimed director Ridley Scot, where he played the role of Denis. Robert Carlyle has been an important influence on Stephen's career.These consecutive roles were the springboard to Stephen being cast in the lead role of prison Psychiatris