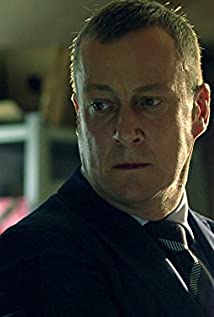 Stephen Tompkinson was born in Stockton-on-Tees, County Durham in October 1965. His grandad (who Stephen describes as "a comic genius") inspired him to take up acting and he attended the Central Drama School, which he left at the age of 23. He has rarely been out of work since and has worked on the stage, on radio, television and, on the big screen, notably in the movie Brassed Off (1996), for which he has gained many excellent reviews. His TV roles have included a psychopathic poisoner (A Very Open Prison (1995)), a psycho TV reporter (Drop the Dead Donkey (1990)), a yuppie (Downwardly Mobile (1994)), a priest (Ballykissangel (1996)), a veterinarian (Wild at Heart (2006)) and a detective inspector (DCI Banks (2010)). Stephen has also played "Demetruis" in "A Midsummer Night's Dream" for Radio 4. He is also a keen charity cricket player and once scored two more runs than Brian Lara, when they played on the same team. In 1994, he won a Best Comedy Actor award for his role as "Damien Day" in Drop the Dead Donkey (1990). In the future, he plans a trip to Australia (to do a report for the Holiday programme) before he begins filming a new series of Ballykissangel (1996) in March 1997.