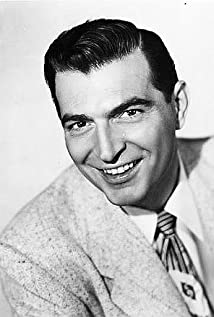 Dark-haired, rugged-looking Stephen McNally forsook a thriving career as an attorney in the late 1930s in order to pursue an acting career. This impulsive decision to switch gears in mid-life was rewarded in the end, playing a steady stream of hard-edged, noirish characters and more than his share of cold-hearted villains and thugs for nearly four decades.Born Horace Vincent McNally on July 29, 1911 in New York City of Irish descent, he attended Fordham University Law School. Like fellow Irish-American performers J. Farrell MacDonald, Pat O'Brien, and Dennis Day, McNally's voice often carried at least the trace of an innate, rather than acquired, working-class/transatlantic Irish accent. He practiced law until the late 1930s when the acting bug finally hit hard. Beginning on the stage, Horace made his Broadway debut in a bit part as a waiter in "The Man Who Killed Lincoln" (1940). This was immediately followed by more prominent roles in the plays "Johnny Belinda" (1940) and "The Wookey" (1941).MGM took an interest in the nascent actor during the war-era years. Continuing to use his real name of Horace McNally, he appeared in a series of film shorts while moving gradually up the credits ranks with featured roles in such full-length films as Grand Central Murder (1942), The War Against Mrs. Hadley (1942), Eyes in the Night (1942), For Me and My Gal (1942), Dr. Gillespie's New Assistant (1942), the Tracy/Hepburn drama Keeper of the Flame (1942), the Laurel & Hardy comedy Air Raid Wardens (1943), The Man from Down Under (1943), Thirty Seconds Over Tokyo (1944), An American Romance (1944), and Bewitched (1945).By 1948, the actor was freelancing and made a strong impression in the Warner Bros. movie version of the Canadian-set Johnny Belinda (1948), playing menacing brute "Locky McCormick", a fisherman who sexually assaults deaf mute Belinda played by Jane Wyman (who won the Academy Award for Best Actress for her performance), who bears his child. This was a far different role than the doctor part he played years earlier on Broadway. With this movie, Horace also changed his marquee name to Stephen McNally, taking the first name of his then-2-year-old son.Alternating between anti-heroes and villains, Stephen is best recalled for his sturdy niche of "bad guy" roles. He played a Nazi war criminal pursued by Army agent Dick Powell in the action adventure Rogues' Regiment (1948); a casino owner who prods Barbara Stanwyck's gambling habit in The Lady Gambles (1949); a foreign terrorist in the historical action pic Sword in the Desert (1949); Ida Lupino's murderous husband in Woman in Hiding (1950); a rifle-stealing bully in the James Stewart western Winchester '73 (1950); a gambler who uses his hot-headed brother Jeff Chandler for prizefighting profit in Iron Man (1951); a murderous Austrian count in the swashbuckler The Black Castle (1952); an escaped killer on the lam in Split Second (1953); a paroled gangster out to exact revenge on Dorothy McGuire and her daughter in Make Haste to Live (1954); a bank robber in Violent Saturday (1955); an avenging ranch hand in Tribute to a Bad Man (1956); and a wanted member of the James gang in the western Hell's Crossroads (1957).In his first top-billed role, McNally starred as a decent guy who runs a youth center in an effort to save kids from a life of crime in the dramatic film City Across the River (1949). Other "good guy" leads and second leads came with such parts as Sidney Poitier's doctor boss in No Way Out (1950); a government agent in Wyoming Mail (1950); an exiled town gambler who returns to warn and assist his town pending an Indian attack in Apache Drums (1951); another casino owner who tries to help and falls for weak-willed teacher/gambler Linda Darnell in the romantic film The Lady Pays Off (1951); a marshal after a gang of claim jumpers in the Audie Murphy western The Duel at Silver Creek (1952); a sheriff battling Indians in The Stand at Apache River (1953); and a plant engineer whose family his threatened by disgruntled ex-employee Vic Morrow in Hell's Five Hours (1958).McNally made a notably adjustment to TV in the late 1950's with such anthologies as "Lux Video Theatre," "Goodyear Playhouse," "Schlitz Playhouse," "Ford Theatre Playhouse," "Zane Grey Theatre" and "Climax!" Into the 1960's he was frequent guest on a number of popular rugged westerns and suspense series including "Wagon Train," "The Texan," "Laramie", "Rawhide", "The Alfred Hitchcock Hour", "The Outer Limits", "Burke's Law", "Ben Casey", "The Big Valley", "Gunsmoke", "Branded", and "Iron Horse." He starred in the short-lived drama series Target: The Corruptors! (1961) as a news reporter and earned a brief, recurring part on Run for Your Life (1965). He went on to be seen in such 1970s TV series as "Mission: Impossible", "The Rockford Files", "Medical Story", "Policy Story", "Police Woman", "The F.B.I.", "Starsky & Hutch", and "Charlie's Angels", he was spotted on a 1980s episode of "Fantasy Isla