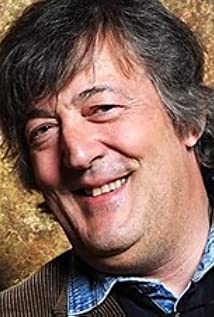 Writer, actor, comedian, doer of good works, excellent good friend to the famous and not, Fry lives in his London SW1 flat and his Norfolk house when not traveling. Famous for his public declaration of celibacy in the "Tatler" back in the 1980s, Emma Thompson has characterised her friend as "90 percent gay, 10 percent other."Stephen Fry was born in Hampstead, London, to Marianne Eve (Newman) and Alan Fry, a physicist and inventor. His maternal grandparents were Hungarian Jewish immigrants, while his father's family was of English background. He grew up in Norfolk and attended Uppingham School and Stout's Hill. After his notorious three months in Pucklechurch prison for credit card fraud, he attended Queens College, Cambridge in 1979, finishing with a 2:1 in English in 1981/2. While at Cambridge, he was a member of the Cherubs drinking club, and Footlights with Thompson, Tony Slattery, Martin Bergman, and Hugh Laurie (to whom he was introduced by E.T.). His prolific writing partnership with Laurie began in 1981 with resulting Footlights revues for (among others) Mayweek, Edinburgh Festival, and a three month tour of Australia. In 1984, Fry was engaged to do the rewrite of the Noel Gay musical "Me and My Girl," which made him a millionaire before the age of 30. It also earned him a nomination for a Tony award in 1987. (Sidenote: It was upon SF's suggestion that Emma Thompson landed a leading role in the London cast of this show.) Throughout the 1980s, Fry did a huge amount of television and radio work, as well as writing for newspapers (e.g. a weekly column in the "Daily Telegraph") and magazines (e.g. articles for "Arena"). He is probably best known for his television roles in Blackadder II (1986) and Jeeves and Wooster (1990).His support of the Terence Higgins Trust through events such as the first "Hysteria" benefit, as well as numerous other charity efforts, are probably those works of which he is most proud. Fry's acting career has not been limited to films and television. He had successful runs in Alan Bennett's "Forty Years On," Simon Gray's "The Common Pursuit" with John Sessions, Rik Mayall, John Gordon Sinclair, and others. Michael Frayn's "Look Look" and Gray's "Cell Mates" were less successful for both Fry and their playwrights, the latter not helped by his walking out of the play after only a couple of weeks. Fry has published four novels as well as a collection of his radio and journalistic miscellanea. He has recorded audiotapes of his novels (an unabridged version of "The Liar" was released in 1995), as well as many other works for both adults and children.

Dancing with the Birds