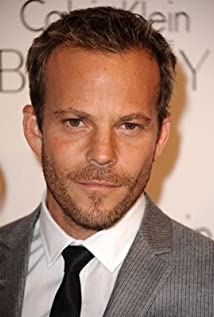 Stephen Dorff was born in Atlanta, Georgia, to Nancy and Steve Dorff, a composer. Chosen from over 2000 young men from around the world, he auditioned and won the coveted role of "PK" in John G. Avildsen's The Power of One (1992) in 1992, starring opposite Morgan Freeman, John Gielgud and Fay Masterson. For his performance, he was awarded the Male Star of Tomorrow Award from the National Association of Theater Owners.Dorff then amassed an impressive list of screen credits, chief among them New Line's Blade (1998), in which he starred opposite Wesley Snipes and won the "Best Villain" at both the MTV Movie and Blockbuster Entertainment Awards. He also co-starred with Susan Sarandon in HBO's Earthly Possessions (1999), based on Anne Tyler's novel about an unlikely romance between a young, fumbling bank robber and his hostage. He also starred in Scott Kalvert's street gang drama, Deuces Wild (2002), for MGM and as the champion of bad cinema in the John Waters comedy, Cecil B. Demented (2000), co-starring Melanie Griffith.Additional credits include XIII: The Conspiracy (2008), Entropy (1999), Blood and Wine (1996) with Jack Nicholson, and opposite Harvey Keitel in City of Industry (1997). He starred as the fifth Beatle, Stuart Sutcliffe, in Iain Softley's Backbeat (1994), and as the notorious Candy Darling in I Shot Andy Warhol (1996).His 2000s credits include Oliver Stone's World Trade Center (2006), Robert Ludlum's Covert One: The Hades Factor (2006), .45 (2006) with Milla Jovovich, Shadowboxer (2005) with Cuba Gooding Jr. and Helen Mirren, and the Disney thriller, Cold Creek Manor (2003), with Dennis Quaid and Sharon Stone for director Mike Figgis.Stephen appeared as disillusioned Hollywood actor and single father Johnny Marco in Sofia Coppola's Somewhere (2010), which won a Golden Lion at the 2010 Venice Film Festival. In 2009, Dorff teamed with Somewhere producer G. Mac Brown on Michael Mann's gangster drama Public Enemies (2009), starring opposite Johnny Depp and Christian Bale.Dorff was most recently cast in the Texas Chainsaw Massacre prequel Leatherface (2017) and the fantasy family film Albion: Rise of the Dannan (2016) _.