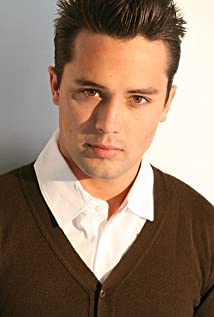 Stephen Colletti was born in Newport Beach, California. During his childhood and teen years, he spent much of his time at the beach, playing sports, and seeking adventures for him and his friends to embark on. Whether it was camping or snowboarding in the Sierra Nevada Mountains or visiting his grandparents, who lived off the coast of Vancouver, Stephen loved to travel with friends and family. His ancestry is one quarter Italian, as well as Irish, Scottish, English, and Swedish.While in middle school, Stephen found an interest in acting and participated in the Junior Park Avenue Player's theatre program. During high school, he was approached by MTV to appear in Laguna Beach: The Real Orange County (2004). Next, Stephen moved north to attend college at San Francisco State University. The following year Stephen decided not to return to San Francisco and, instead, moved to Los Angeles where he could further develop his craft as an actor.After two seasons, Colletti left the show and traveled to New York City, landing a job as a VJ for MTV's Total Request Live (TRL), where he hosted over 40 episodes. Since then, Stephen has consistently worked in film and television. During TRL, Colletti also held hosting duties for MTV specials: Beach House, Spring Break, and VMA's: Backstage Live, as well as, two of MTV's New Year's Eve bashes in Times Square. Colletti has appeared in multiple films including: Normal Adolescent Behavior (2007) (debut), starring Amber Tamblyn, Ashton Holmes, Hilarie Burton, and Kelli Garner, Shannon's Rainbow (2009), starring Claire Forlani, Eric Roberts, and Louis Gossett Jr., Mask Maker (2011), starring Nikki Deloach, Terry Kiser, and Michael Berryman, and finally, All About Christmas Eve, starring Haylie Duff and Chris Carmack, just to name a few.In 2006, Colletti began recurring on One Tree Hill (2003), and eventually reached series regular. One Tree Hill finished in 2012 with Colletti maintaining series regular and credited with sixty episodes. In 2014, Colletti appeared in Celluloid Dreams, a short film written and directed by Jonathan Dillon, which went on to win two grand jury awards and entered the prestigious pool for Academy Award nomination-eligible shorts. In 2016, Colletti reprised his role on VH1's first scripted series, Hit The Floor, where he's recurred since 2013. In 2018, Colletti co-wrote, produced, and starred alongside One Tree Hill costar James Lafferty in the television pilot Everyone Is Doing Great.

Did I Kill My Mother?

The Wedding Do Over