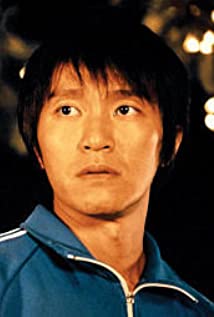 Stephen Chow was the only boy of his family, and has grown up as a Bruce Lee fan and a martial arts addict. His career started on TV, where he presented a children show ( "430 Space Shuttle" (1983)) and started becoming popular. He got some supporting roles, after that, and won the Taiwanese Golden Horse award for best supporting actor.He had his first starring role in 1990 in a 'Chow Yun-Fat' spoof: All for the Winner (1990) - "All for the Winner" and started excelling in the comedy genre. In Hong-Kong, his particular nonsense style is called "Mo Lei Tau". It's also on the set of this movie that he encountered his fellow sidekick Man-Tat Ng.One of the last HK biggest star which have not been bought by Hollywood, even if Miramax (who'll surely release Shaolin Soccer (2001) - "Shaolin Soccer" this year in the USA - after remastering it, ouch.) has probably planned something for him...

The New King of Comedy

Journey to the West: The Demons Strike Back

The Founding of a Republic