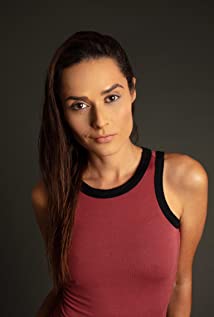 Stephanie Nogueras; Actress and Model of Puerto Rican descent. She left her home on a New Jersey farm right out of college for a life in the big City of Hollywood. Within six months, Stephanie landed a recurring role on ABC Family's Switched at Birth as "Natalie Pierce". *The Season 4 finale episode #4010 was inspired by an actual event in Stephanie's life. Stephanie concurrently booked a "Guest Star" role as "Elly" on NBC's Fantasy Cop Show Grimm. Nogueras' role as a Deaf Mermaid earned that episode its highest rating for the Season. In an interview about her role on the show, Stephanie told People Magazine "There's Nothing in My Life That Would Limit My Ability to Succeed" (11/2013) Stephanie has quickly become a Role Model, as her commanding presence in the public eye has been inspiring for both the Deaf and hearing alike. Stephanie is also an accomplished Hair & Petite Model with three Magazine Covers to her credit. After Switched at Birth ended its five-season in 2016, she continued acting. Her filming has wrapped and the rumor that movie should be released sometime in 2018.