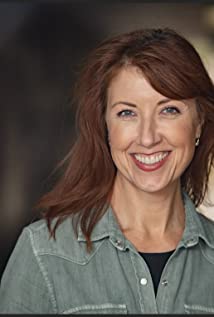 A graduate of the National Theatre School of Canada, Stephanie spent three seasons at The Shaw Festival, and has performed in regional theatres throughout North America. Stephanie recurred as Lonnie Masterson on Global's Remedy, and as Nurse Kate Sullivan on Murdoch Mysteries. She has guest starred on SyFy/Showcase's Eureka and Lost Girl, as well as Max and Shred and My Babysitter's A Vampire. She can be seen on Schitt's Creek, Rogue, Carter, Cardinal, and as Beverly in the horror film The Void. Stephanie had the privilege of working opposite Anjelica Huston and Joseph Gordon-Levitt in the film 50/50; played steely NY Times reporter Janet Black in Zack Snyder's Watchmen, and William H. Macy's unfortunate girlfriend in A Slight Case of Murder . Stephanie also recurred as Rachel on CBS/SyFy's drama Incorporated, produced by Ben Affleck, Matt Damon and Jennifer Todd, on Shadowhunters as Dr. Iris Rouse, Workin' Moms as Wendy, and guest starred on Dark Matter for SyFy and Private Eyes on Global, opposite Jason Priestly and Cindy Sampson. For Netflix, she plays Penny Shore in Tiny Pretty Things (2020). She also stars in Yellow (2017) an award winning pilot/short film written, directed, and produced by Sarah Deakins.