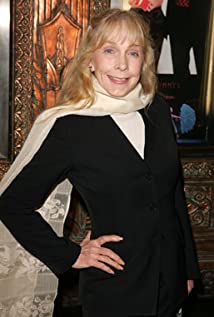 A native of Yazoo City, Mississippi. While attending Memphis State College, Stella became interested in acting and modeling. Her film debut was a bit part in Say One for Me (1959), but her appearance in Li'l Abner (1959) as Appassionata Von Climax is the one that got her noticed. Then her centerfold spread in Playboy was one of the most popular issues. She co-starred with some of the biggest names in movies such as Bobby Darin in Too Late Blues (1961); Elvis Presley in Girls! Girls! Girls! (1962); Glenn Ford in The Courtship of Eddie's Father (1963); Jerry Lewis in The Nutty Professor (1963); and Dean Martin in The Silencers (1966). She appeared on the television series Surfside 6 (1960); Ben Casey (1961) and the soap opera General Hospital (1963).By the late 1960s, her career had leveled off and she was appearing in roles based on her looks. One of her best performances at that time was in the movie The Ballad of Cable Hogue (1970), where she played Hildy, and showed that her talent was more than physical. But then she appeared in a poor offering like Slaughter (1972). In the 1970s and 1980s, Stella became a fixture in movies made for television and appeared in a number of television series. Her big screen career may have slowed during that time, but she has appeared in a number of movies in every decade since she debuted.

The Dukes of Hazzard: Reunion!