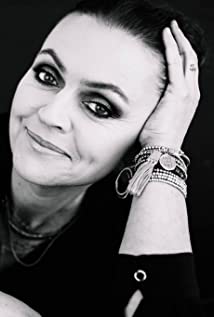 Steinunn Ólína Þorsteinsdóttir (born 2 July 1969 in Reykjavík, Iceland) is an Icelandic actress, TV show host, producer and writer.Steinunn Ólína grew up in Reykjavík with her mother, the actress Bríet Héðinsdóttir, and her father Þorsteinn Þorsteinsson, a writer and translator of dramatic literature, and first found fame with a starring stage role at the age of fifteen. At seventeen she moved to London, England to study drama at the Drama Centre London, from which she graduated in 1990 along with contemporaries like Helen McCrory and Tara FitzGerald. She subsequently moved back to Iceland to re-launch a career on the stage and television as a mature artist, making her debut at the National Theatre of Iceland in the role of Solveig in Henrik Ibsen's Peer Gynt.Television and film workSteinunn Ólina starred as detective Gabriela in Netflix original show, Case in 2015 and garnered international acclaim for her performance. She received the prestigious FIPA D'OR awards for best actress for her role as well as the Icelandic Edda Film and Television awards as actress of the year. Steinunn played the role of Aldis in series Trapped, season one. Steinunn portrayed Didda in series Fangar AKA Prisoners 2017 which won her best supporting actress Edda awards in 2018. Steinunn played lawyer Edda in season 1 of series, Stella Blomquist in 2017.Steinunn Ólína produced, wrote, directed and hosted her own live talk show, Over My Dead Body with Steinunn Ólína, on the Icelandic State Broadcasting Television Channel 1. She has also contributed to other television shows as a comedian and writer, such as the RUV-TV's "New Year's Eve Comedy Hour Variety Show" the most preeminent annual event on National Television in Iceland, to which she has rendered her services on several occasions. Steinunn has also appeared in a numerous television plays, sitcoms and feature films, including Vargur in 2018 and Beowulf and Grendel, starring Gerard Butler, in 2005.National Theatre and elsewhereSteinunn Ólína was hired after graduation from Drama School as a contracted star player at the National Theatre of Iceland where she spent the next fourteen years, appearing in over 50 productions and portraying a range of leading characters in contemporary and classical plays alike. Her many significant roles at the National include Eliza Doolittle in My Fair Lady by Lerner and Loewe and Hodel in Fiddler on the Roof, also contributing to several stage productions of comedy and farce, such Ray Cooney's Two for One and in Michael Frayn's Noises Off as the misfortunate actress Dotty Otley. She has also interpreted many classical characters such as Irena, in Chekhov's Three Sisters, Aglaja in a dramatization of The Idiot by Dostoyevsky and Queen Margaret in Shakespeare's Richard III for which she garnered the prestigious "Grima awards" (The Mask) in 2004.[1] Steinunn Ólína has also been featured in numerous high-profile stage productions with several different acting companies, tackling leading roles in plays by masters of the absurd such as in Eugène Ionesco's The Lesson, her portrayal of Roxy Hart in Chicago by Kander and Ebb as a guest star with the Reykjavík Theatre Ensemble.Personal lifeSteinunn broke into the stratum of novelists with the publishing of her semi-autobiographical novella Parental Guidance which made number one bestseller in Iceland in 2006. Steinunn owns and is editor in chief of WWW.kvennabladid.is (The Women's magazine) an online newspaper in Iceland, originally founded by her great grandmother in 1895. Steinunn married actor Stefan Karl Stefansson of Lazy Town fame in 2002 and has four children. Stefan Karl passed away August 21. 2018 after battling bile duct cancer for two years. Steinunn as of 2018 resides along with their children in Reykjavik, Iceland.