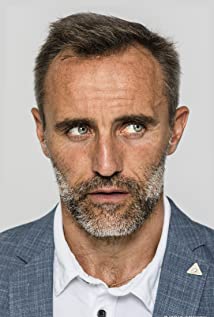 Stefano Cassetti (1974 September 4th) is an Italian film and television actor. He is frequently cast as "bad guy" roles in Europe. His first part was the lead role in French feature film Roberto Succo (director Cedric Kahn, Cannes Festival 2001). Recently he is one of the lead role of Netflix TV series "Into the Night", released in May 2020.

The Extraordinary Journey of the Fakir