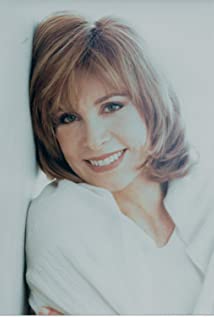 Stefanie Powers began her career as a teenager dancing for the Michele Paniaff Ballet Company and Jerome Robbins. At 16 she was put under contract to Columbia Pictures in the twilight of the Hollywood Studio System where she made 15 motion pictures and was loaned to United Artists for the John Wayne production of McLintock! (1963). MGM Television bought her contract from Columbia to present her as The Girl from U.N.C.L.E. (1966). Her television credits include over 200 guest appearances, 18 mini-series and 2 more weekly series, The Feather and Father Gang (1976) and the long-running Hart to Hart (1979).Her long career has included appearances on the stage beginning in 1964 with "Under the Yum Yum Tree" in San Francisco which ran for 12 years after its initial opening. She has appeared on and off Broadway in musical shows and tributes; in the West End in the musical, "Matador" and "Love Letters". Appearances on the British stage included "The King and I", "The Adjustment" and "84 Charing Cross Road."Her stage appearances in the United States include "Annie Get Your Gun", "Oliver", "Applause" (the revival), "Sunset Boulevard" and "Gotta Dance" directed by Jerry Mitchell. In 2018 she appeared in the film The Artist's Wife (2019) with Lena Olin and Bruce Dern and a revival in London of "84 Charing Cross Road."She has an active life in wildlife conservation and is the creator of the William Holden Wildlife Foundation, formed after the death of her long-time life partner William Holden. In that vein she has received numerous fellowships and awards for her tireless field work in conservation and is a faculty member of the Oxford Literary Festival at Christ Church College at Oxford where she heads forums with authors of outstanding books dealing with the crucial environmental issues of our day. She's been on the boards of four zoos in North America and is an independent board member of a cluster of 3 mutual funds which are a part of the American Funds, one of the largest mutual funds families in the world. She presented the PBS 13 part series, "Funding Your Dreams" as a road map for women contemplating investment options.As a member of the Writers' Guild of America she was nominated for her script of "Family Secrets", received five Emmy nominations for acting roles and a People's Choice Award.She resides in Los Angeles, London and Kenya.

Love by the Book

A Ring by Spring

Hart to Hart: Till Death Do Us Hart