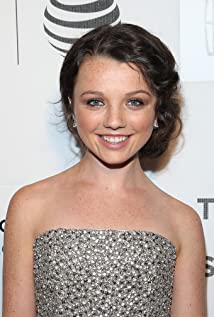 Stefania LaVie Owen is a New Zealand-American actress. She is known for her roles as Puddle Kadubic in the television series Running Wilde and as Dorrit Bradshaw in the teen drama television series The Carrie Diaries. She starred as Nicole Chance in the 2016-17 Hulu original psychological thriller, Chance.Owen was born on December 15, 1997 in Miami, Florida, to an American mother and a New Zealand father. Her mother is of Cuban descent. Owen moved to New Zealand at age four, settling in Pauatahanui, a village 30 km (19 mi) north of the capital city Wellington.Owen lives between New York City and Wellington. She attended Pauatahanui school, where she won the cup for performing arts, and which helped begin her career in acting. She also attended Chilton Saint James School, an all-girls private school, in Lower Hutt, Wellington. Her sisters Lolo and Carly accompanied her there as well, and she was involved in many school productions and dancing classes.Owen made her acting debut in the 2009 Peter Jackson film The Lovely Bones, playing Flora Hernandez. From 2010 to 2011, she played the character Puddle Kadubic in the Fox comedy series Running Wilde. Owen co-starred as Dorrit, Carrie Bradshaw's younger rebellious sister, in The CW's The Carrie Diaries, which premiered on January 14, 2013. She had a role in the 2015 comedy slasher film Krampus, directed by Michael Dougherty. She also portrayed Deedee in the drama film Coming Through the Rye.

The Cat and the Moon