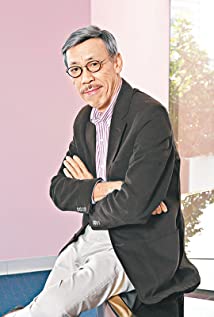 Shui-Fan Fung was born in Guangdong, China in 1945 to a Cantonese opera family. He joined show business in 1971, working with Television Broadcast Limited (TVB), where he appeared in a number of TV series. In 1976, he joined Commercial Television (CTV) as a producer and worked there until its collapse in 1978. Afterward, he returned to TVB.In addition to television, Fung appeared as an actor in scores of comedies and ghost and fantasy motion pictures in Hong Kong. One of his most notable roles was that of "Rawhide" in the "Five Lucky Stars" movie series, starring along side Sammo Kam-Bo Hung, Charlie Chin, Richard Ng, Eric Tsang and Kiu Wai Miu. The "Five Lucky Stars" series originated from the film Winners & Sinners (1983), where he played a different character named "Rookie." The reoccurring characters of the series were introduced in the film's sequel, My Lucky Stars (1985).Fung continues to appear in comedies throughout the 2000s.

Our Time Will Come

How to Meet the Lucky Stars