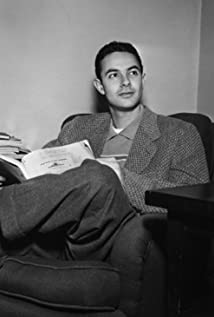 Inspired by Fred Astaire's dancing in Flying Down to Rio (1933), Stanley Donen (pronounced 'Dawn-en') attended dance classes from the age of ten. He later recalled that the only thing he wanted to be was a tap dancer.He was born in Columbia, South Carolina, to Helen Pauline (Cohen) and Mordecai Moses Donen, a dress-shop manager, of Russian-Jewish and German-Jewish descent. Donen debuted on Broadway at seventeen. While working as an assistant choreographer in 1941, he met and befriended the actor Gene Kelly, Kelly being the brash, extrovert and energetic side of the burgeoning partnership, Donen the more refined and relaxed. Three years later, the two men renewed their collaboration in Hollywood and did much to reinvigorate the musical genre. For the next decade, they worked side-by-side as choreographers and co-directors (a relationship Donen described as 'wonderful' but 'also trying at times'), linked to MGM's Arthur Freed unit. Between them, they directed classic musicals like On the Town (1949) and Singin' in the Rain (1952) and co-wrote the original story for Take Me Out to the Ball Game (1949). Freed, by the way, was the producer almost single-handedly responsible for the high standard of MGM's A-grade musicals in the 40s and 50s. A former vaudevillian and song-plugger, Freed was an astute judge of talent and encouraged gifted individuals from other media (like radio or theatre) to become involved with pictures. Moreover, he gave artists like Kelly and Donen free rein to express their creative flair.In 1949, MGM signed Donen to a seven-year contract as director in his own right. From then on, he and Kelly went their separate ways. After directing Seven Brides for Seven Brothers (1954), Donen moved on to Paramount for Funny Face (1957), then to Warner Brothers for The Pajama Game (1957) and Damn Yankees (1958). As musicals waned in popularity, Donen branched out into other genres. He began to direct and produce elegant, lavish romantic dramas like the delightful Indiscreet (1958), sophisticated comedies like The Grass Is Greener (1960) and Two for the Road (1967) (which starred Donen's favorite actress, Audrey Hepburn), as well as the top-shelf thrillers Charade (1963) (the best film Alfred Hitchcock never directed, again with Hepburn) and Arabesque (1966). Arguably, his most out-of-character film from this period was the esoteric mephistophelean (and very British) farce Bedazzled (1967), featuring the irrepressible comic talents of Peter Cook and Dudley Moore.The 1970s heralded a steady decline in the quality of Donen's output. None of his later efforts seemed to have the panache of his earlier work: not the tepid adventure-comedy Lucky Lady (1975) (despite a good cast and sumptuous production look) nor the nostalgic musical fantasy The Little Prince (1974), based on the book by Antoine de Saint-Exupéry. A failure at the box office, the latter also marked the end of the Frederick Loewe-Alan Jay Lerner musical partnership. Donen's career may have finished on a low with a weak sojourn into science fiction that was Saturn 3 (1980) and the absolutely dreadful comedy Blame It on Rio (1984), but his reputation as one of the giants of the classic Hollywood musical is assured. Donen received an Honorary Oscar in 1998 ""for a body of work marked by grace, elegance, wit, and visual innovation.''

Blame It on Rio