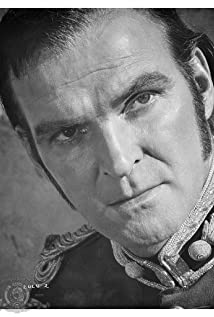 Stanley Baker was unusual star material to emerge during the Fifties - when impossibly handsome and engagingly romantic leading men were almost de rigueur. Baker was forged from a rougher mould. His was good-looking, but his features were angular, taut, austere and unwelcoming. His screen persona was taciturn, even surly, and the young actor displayed a predilection for introspection and blunt speaking, and was almost wilfully unromantic. For the times a potential leading actor cast heavily against the grain. Baker immediately proved a unique screen presence - tough, gritty, combustible - and possessing an aura of dark, even menacing power.Stanley Baker came from rugged Welsh mining stock - and as a lad was unruly, quick to flare, and first to fight. But like his compatriot and friend Richard Burton, the young Baker was rescued from a gruelling life of coal mining by a local teacher, Glyn Morse, who recognized in the proud and self-willed lad a potent combination of a fine speaking voice, a smouldering intensity, and a strong spirit. And like Burton, Stanley Baker was specially and specifically tutored for theatrical success. In fact, early on, Burton and Baker appeared together on stage as juveniles in The Druid's Rest, in Cardiff, in Wales. But later, by way of Birmingham Repertory Theatre and then the London stage, Stanley Baker charted his inevitable course toward the Cinema.Film welcomed the adult Baker as the embodiment of evil. Memorable early roles cast the actor in feisty unsympathetic parts - from the testy bosun in Captain Horatio Hornblower (1951) to his modern-day counterpart in The Cruel Sea (1953), to the arch villains in Hell Below Zero (1954) and Campbell's Kingdom (1957) to the dastardly Mordred in Knights of the Round Table (1953) and the wily Achilles in Helen of Troy (1956). For a time there was a distillation of Baker's screen persona in a series of roles as stern and uncompromising policemen - in Violent Playground (1958), Chance Meeting (1959), and Hell Is a City (1960). But despite never having been cast as a romantic leading man, and being almost wholly associated with villainous roles, Stanley Baker nevertheless became a star by dint of his potent personality.Although now enthroned by enthusiastic audiences Stanley Baker was obviously aware he need not desert unsympathetic parts - and his relish in playing the scheming Astaroth in Sodom and Gomorrah (1962) and the unscrupulous mobster Johnny Bannion in The Concrete Jungle (1960) was readily evident. But soon there were more principled, if still surly characters, in The Guns of Navarone (1961), The Games (1970), Eva (1962), and Accident (1967), the latter two films reuniting Baker with the American expatriot director of The Criminal, Joseph Losey. Stanley Baker also established a fruitful working relationship with the American director Cy Endfield, following their early collaboration on Hell Drivers (1957). When Baker inaugurated his own film production company - it was Endfield he commissioned to write and direct both Zulu (1964) and Sands of the Kalahari (1965), with Baker allotting himself the downbeat roles of the martinet officer John Chard in Zulu and the reluctant hero Mike Bain in The Sands Of The Kalahari.Baker must have felt more assured in disenchanted roles - as further films from Baker's own stable still promoted the actor in either criminal or villainous mode - as gangster Paul Clifton in Robbery (1967) and the corrupt thief-taker Jonathan Wild in Where's Jack? (1969). The success of Baker's own productions was timely and did much to enhance the prestige of what was then considered an ailing British film industry. Stanley Baker also took the opportunity to move into the realm of television, appearing in, among other productions, the dramas BBC Play of the Month: The Changeling (1974) and BBC Play of the Month: Robinson Crusoe (1974), and also in the series How Green Was My Valley (1975).Knighted in 1976 it was evident that Stanley Baker may well have continued to greater heights, both as an actor and a producer, but he succumbed to lung cancer and died at the early age of forty-eight. But his legacy is unquestioned. He was a unique force on screen, championing characterizations that were not clichéd or compromised. He established his own niche as an actor content to be admired for peerlessly portraying the disreputable and the unsympathetic. In that he was a dark mirror, more accurately reflecting human frailty and the vagaries of life than many of his more romantically or heroically inclined contemporaries. There have forever been legions of seemingly interchangeable charming and virile leading men populating the movies - but Stanley Baker stood almost alone in his determination to be characterized and judged by portraying the bleaker aspects of the human condition. Consequently, more than twenty-five years after his death, his sombre, potent personality still illuminates the screen in a way few others have achieved.

The Girl with a Pistol

Sands of the Kalahari