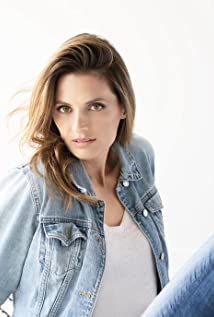 Stana Katic stars in the new 10-episode TV series Absentia (2017), produced by Sony Pictures Television and premiering on Amazon.Katic's feature film work includes: CBGB (2013), about the punk rock club in NYC; Big Sur (2013), based on the Jack Kerouac novel; Frank Miller's film The Spirit (2008); Robert Benton's Feast of Love (2007); The Double (2011) with Richard Gere; and Bond installment Quantum of Solace (2008) with Daniel Craig.For eight seasons, Katic starred as Kate Beckett on Castle (2009). The ABC hit series brought in more than 10 million viewers weekly and is among the top five syndicated series in Spain, France, the UK, Italy, and Germany.Katic has three award nominations and seven wins, including three People's Choice Awards, a PRISM Award, and three TV Guide Awards. Katic plays multiple sports and often performs her own stunts. She has voiced characters for hit video games and animated features, Talia al Ghul (Batman: Arkham City (2011)) and Lois Lane (Superman: Unbound (2013)) among them. In 2008, she established her own production company, Sine Timore Films.Stana was born on April 26, 1978 in Hamilton, Ontario, Canada to immigrant parents who are Serbs from Croatia. She grew up in Hamilton and in Aurora, Illinois. She graduated from West Aurora High School in 1996, studied at the University of Toronto and then at the DePaul University Goodman School of Drama, where she studied acting from 2000 to 2002. She also studied acting at the Beverly Hills Playhouse acting school. She has four brothers and one sister.Stana is dedicated to philanthropic projects with a focus on the environment and on children's education and health care. She resides in Los Angeles, speaks five languages, and holds dual citizenship of the United States and Canada.