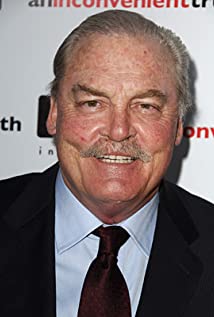 Stacy Keach has played to grand success a constellation of the classic and contemporary stage's greatest roles, and he is considered a pre-eminent American interpreter of Shakespeare. His SRO run as "King Lear" at the Shakespeare Theatre Company in Washington, D.C. received the best reviews any national leader has earned in that town for decades. Peter Marks of the Washington Post called Mr. Keach's Lear "magnificent". He recently accepted his third prestigious Helen Hayes Award for Leading Actor in 2010 for his stellar performance. His next stage appearance premiering January 13, 2011 at the Lincoln Center in New York is "Other Desert Cities" by Jon Robin Baitz and teaming him with Stockard Channing, Linda Lavin and Elizabeth Marvel.His latest television series, Lights Out (2011), on the FX network is a major new mid-season dramatic show, taking him back to the world of boxing which has been a rich setting for him before, notably in Huston's Fat City (1972) which ignited Keach's career as a film star.Versatility embodies the essence of Stacy Keach's career in film and television as well as on stage. The range of his roles is remarkable. His recent performance in Oliver Stone's "W" prompted fellow actor Alec Baldwin to blog an impromptu review matching Huston's amazement at Keach's power. Perhaps best known around the world for his portrayal of the hard-boiled detective, Mike Hammer, Stacy Keach is also well-known among younger generations for his portrayal of the irascible, hilarious Dad, Ken Titus, in the Fox sitcom, Titus, and more recently as Warden Henry Pope in the hit series, Prison Break. Following his triumphant recent title role performance in King Lear for the prestigious Goodman Theatre in Chicago, Keach joined the starring cast of John Sayles' recent film, Honeydripper. In the most recent of his non-stop activities, he has completed filming Deathmatch for the Spike Channel, and The Boxer for Zeitsprung Productions in Berlin, Germany.German audiences will also see him as one of the co-stars in the multi-million dollar production of Hindenburg: The Last Flight (2011), scheduled to air in January, 2011 with worldwide release thereafter. Mr. Keach co-stars in the new FX series entitled Lights Out (2011) about a boxing family, where he plays the Dad-trainer of two boxing sons played by Holt McCallany and Pablo Schreiber. The series is also scheduled to air in January, 2011. Keach returns to the New York stage at the start of the 2011 in Jon Robin Baitz's new play, "Other Desert Cities," at the Lincoln Center.Capping his heralded accomplishment on the live stage of putting his own stamp on some of the theatre world's most revered and challenging roles over the past year when he headed the national touring company cast of "Frost/Nixon," portraying Richard M. Nixon, bringing still another riveting characterization to the great legit stages of Los Angeles, Chicago, Boston, the nation's capitol and other major cities. He won his second Best Actor Helen Hayes Award for his outstanding performance. His second triumphant portrayal of King Lear in the past three years, this time for the Shakespeare Theatre Company in the nation's capital earned reviews heard around the world, with resulting offers for him to repeat that giant accomplishment in New York, Los Angeles and even Beijing.An accomplished pianist and composer, Mr. Keach composed the music for the film, Imbued (2009), directed by Rob Nilssen, a celebrated film festival favorite, in which Keach also starred. He has also completed composing the music for the Mike Hammer audio radio series, "Encore For Murder", written by Max Collins, directed by Carl Amari, and produced by Blackstone Audio.Mr. Keach began his film career in the late 1960's with _The Heart Is A Lonely Hunter_, followed by _The New Centurions_ with George C. Scott; Doc Holiday with Faye Dunaway in the film 'Doc' (1971); an over-the-hill boxer,Billy Tully in Fat City (1972); directed by John Huston, and The Long Riders (1980), which he co-produced and co-wrote with his brother, James Keach, directed by Walter Hill. On the lighter side, his characterization of Sgt. Stedenko in Cheech and Chong's Up in Smoke (1978), and the sequel, Nice Dreams (1981), gave a whole new generation a taste of Mr. Keach's comedic flair, which he also demonstrated in Robert Altman's Brewster McCloud (1970), playing the oldest living lecherous Wright Brother; and The Life and Times of Judge Roy Bean (1972) where he played a crazed albino out to kill Paul Newman.Historical roles have always attracted him. In movies he has played roles ranging from Martin Luther to Frank James. On television he has been Napoleon, Wilbur Wright, J. Robert Oppenheimer, Barabbas, Sam Houston, and Ernest Hemingway, for which he won a Golden Globe as Best Actor in a mini-series and was nominated for an Emmy in the same category. He played an eccentric painter, Mistral, in the Judith Krantz classic, Mistral's Daughter (1984), a northern