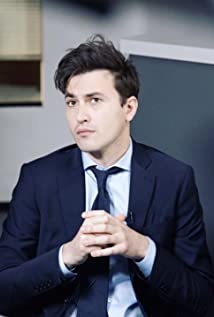 Spencer Trinwith is a filmmaker, director, writer, and actor and attended the University of North Carolina School of the Arts. He has appeared on television in Law & Order: SVU alongside special guest star, Sharon Stone as well as the television show VEEP with Julia Louis-Dreyfus and Hugh Laurie. Trinwith is the co-creator, director, and writer of the new television pilot, King of K Street, which will be released in September, 2020. Recently, he has worked as a 1st Assistant Director to Blaze LoveJoy, British filmmaker and journalist on her latest feature film.His films have appeared in worldwide international film festivals garnering awards for Best Picture and Best Actor. Trinwith's feature film debut will be in the sequel Woman Woman 1984 for release in 2020. Trinwith will have several films released in 2020 including a thriller by festival winning directors Ramin Niami (Shirin in Love) and Angel Kristi Williams in the SXSW Grand Jury Nominated category, Really Love with actor Kofi Siriboe.Spencer's professional theater credits are extensive. He played Norm in Suicide, Incorporated in Washington, DC to stellar reviews. He also starred in an adaptation of the Stanley Tucci film "Blind Date" titled The Personals, for the stage. He has played the title role in "Scapino," the lead role of Matt Poncelet in "Dead Man Walking," and the much coveted title role in Shakespeare's "Richard III."Musically, Spencer has toured with "Hedwig and the Angry Inch playing guitar, and has played bass for several indie rock bands in New York and Los Angeles which have signed with Universal Vividendi and Verve Records.