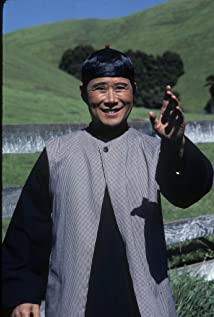 A 1960's pioneer of Asian-American theatre, Soon Tek Oh (aka Sun-Taek Oh, Soon-Tek Oh or Soon-Taik Oh) was born on June 29, 1932, in Mokpo, Korea at the time the country was under Imperial Japanese rule. He attended high school at Gwangju, South Korea, and went on to study at Yonsei University in Seoul. His family (including one sister) moved to the United States in 1959, where they settled in Southern California.Oh studied at USC before attending UCLA and receiving his Masters of Fine Arts in acting and playwriting. Trained in performance at New York's Neighborhood Playhouse, his mounting of a California production of "Rashomon" led to his co-founding (along with fellow actors Mako, James Hong , Beulah Quo and five others) of the renowned Los Angeles' East West Players theatre company in 1965.Breaking into TV that same year with a minor role on "I Spy," Oh resolved to work against the restrictive servile Asian stereotypes he found himself playing on such 60's TV programs as "The Wild, Wild West," "The Invaders" and "It Takes a Thief." Via the stage, he strove to broaden the types of roles available, which included other theatre troupes he founded or guided (i.e., Korean American Theatre Ensemble). As such, his companies went on to produce a variety of plays from Ibsen ("A Doll's House") and Shakespeare ("Twelfth Night") to Tony-winning vehicles ("Pippin," "Equus, "Sweeney Todd") to original contemporary pieces, several written by Oh himself.Following unbilled parts as secret agent types in such films as Murderers' Row (1966) and The President's Analyst (1967), he achieve a degree of notoriety in the James Bond feature The Man with the Golden Gun (1974) as Lt. Hip, an intelligence operative. He continued sporadically in films with featured parts in Good Guys Wear Black (1978), The Final Countdown (1980), Missing in Action 2: The Beginning (1985), Steele Justice (1987), Legend of the White Horse (1987), Death Wish 4: The Crackdown (1987), Collision Course (1989), A Home of Our Own (1993), Red Sun Rising (1994), Beverly Hills Ninja (1997), Yellow (1997) (the first film by and featuring Korean-Americans) and gave voice to Fa Zhou, the father, in the Disney animated classic Mulan (1998). TV roles continued to come his way with several episodes of "Kung Fu," "Hawaii Five-0," "M*A*S*H" and "Magnum P.I.,, as well as a recurring part as a lieutenant on Charlie's Angels (1976) and the quality mini-series East of Eden (1981) and Marco Polo (1982).Oh and Mako both made their Broadway debuts in Stephen Sondheim's "Pacific Overtures" in 1976. His later stage performances include "The Woman Warrior (1994) and "The Square" (2000). He was awarded the Lifetime Achievement Award in 2008 by the San Diego Asian Film Festival.Making his last on-camera appearance featured in the action film Les formidables (2006), Oh was later diagnosed with Alzheimer's disease and forced to retire. He died of complications in Los Angeles, on April 4, 2018, at age 85.

King of the Hill

The Real Adventures of Jonny Quest