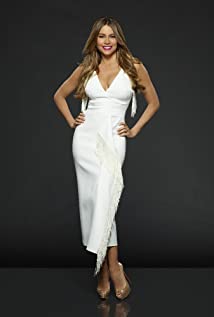 Sofía Margarita Vergara Vergara was born and raised in Barranquilla, Colombia. Her mother, Margarita Vergara Dávila de Vergara, is a housewife. Her father, Julio Enrique Vergara Robayo, provides cattle to the meat industry. She has five siblings. She was educated at a private bilingual Spanish/English school. She then went on to study pre-dentistry. However, Sofía was discovered by a photographer, whilst at the beach, and this led to various jobs in modeling and television. At age 23, she was a runway model. From 1995 to 1998, she co-hosted a travel show, Fuera de serie (1995), which gave her exposure in the United States. Her first film role was the criminal comedy Big Trouble (2002). Her breakthrough role was as Gloria Delgado-Pritchett on the American television series Modern Family (2009). In 2010-2013, she received four Emmy nominations for Outstanding Supporting Actress in a Comedy Series for this role. Sofía resides in Los Angeles, California with her son, Manolo.