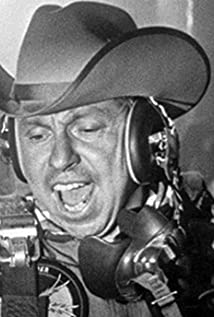 Slim Pickens spent the early part of his career as a real cowboy and the latter part playing cowboys, and he is best remembered for a single "cowboy" image: that of bomber pilot Maj. "King" Kong waving his cowboy hat rodeo-style as he rides a nuclear bomb onto its target in the great black comedy Dr. Strangelove or: How I Learned to Stop Worrying and Love the Bomb (1964). Born in Kingsburg, near Fresno in California's Central Valley, he spent much of his boyhood in nearby Hanford, where he began rodeoing at the age of 12. Over the next two decades he toured the country on the rodeo circuit, becoming a highly-paid and well-respected rodeo clown, a job that entailed enormous danger. In 1950, at the age of 31, Slim married Margaret Elizabeth Harmon and that same year he was given a role in a western, Rocky Mountain (1950). He quickly found a niche in both comic and villainous roles in that genre. With his hoarse voice and pronounced western twang, he was not always easy to cast outside the genre, but when he was, as in "Dr. Strangelove", the results were often memorable. He died in 1983 after a long and courageous battle against a brain tumor. He was survived by his wife Margaret and children.

Best of the West

Beyond the Poseidon Adventure