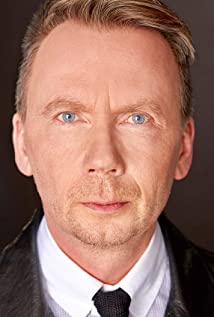 When asked "Who do you want to be?" he answered, "A director." He was 6 years old. When he was 11, without telling his parents, he was accepted into music school. His wanted to learn how to play a piano. After six years, he graduated with distinction. When he was 17, he realized he wanted to be an actor. After two years of active service in the Soviet Union Army, he was selected from several thousand applicants to study acting in the Leningrad Institute of Theater, Music and Cinematography (now St. Petersburg Theater Arts Academy), one of the most famous acting schools in the Soviet Union. At 23, he made his film debut in Afghan Breakdown (1991) (USA title: Afghan Breakdown). In this film, his partner was a famous Italian actor Michele Placido. Then came a very emotional role in Arifmetika ubiystva (1991) (USA title: The Arithmetic of a Murder). In this picture, he shared the screen with such famous Russian actors as Zinaida Sharko and Lev Borisov. For the next three years, he acted in films such as Mechenye (1991) (USA title: Marked), Na Irtyshe (1992) (USA title: In the Irtish) and others. Despite a successful career in acting, a dream of being a director never left his mind. So, at 28 he, received a Ph. D. in teaching and directing. While studying for his degree, he directed and produced several stage productions. His stars were Zinaida Sharko and famous Russian comedian Mikhail Svetin. In 1996, he read a play The Last Night of the Last Tsar by Edvard Radzinsky. "I am going to make a film, and I am going to make it in Hollywood!" he exclaimed. His friends responded, "You are crazy!" Later, this play would have important consequences on his life. The following year, he was invited to be a producer for a popular Russian pop-band Tea for Two. After nine month, the band became famous and took a number one spot on national charts. In 2003, Slava came to Hollywood to attend the 7th Annual Hollywood Film Festival. At the Hollywood premier of The Human Stain (2003), he met Anthony Hopkins. After their short conversation, Slava told himself, "Everything is possible in Hollywood!" He decided to study producing at the New York Film Academy located in the Universal Studios. After graduating from the Academy the following year, Slava founded his production company Welldone Production Inc., based in Beverly Hills. His first project was the production of The Last Night of the Last Tsar. The play premiered on October 21, 2005, and had a six-weeks' run in Stella Adler Theater in Hollywood. The LA Weekly wrote: "The performances are sound under Slava Yakovlev's direction". In 2006, he began work on the script for the future film based on Radzinsky's play.