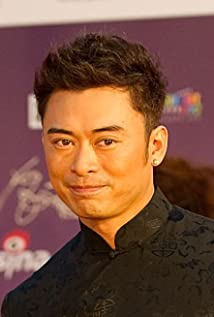 Siu-Wong Fan was born in Hong Kong in 1973, the son of 1970s kung fu film actor Mei-Sheng Fan. At the age of 14, Siu-Wong traveled to Xushou on the request of his father to take up martial arts because he was virtually a toothpick. There, Siu-Wong studied gymnastics, kung fu, and taekwondo. Fan made his film debut as a teen in Zhi fa xian feng (1986), aka Righting Wrongs, alongside Biao Yuen, Cynthia Rothrock, and Corey Yuen. However, his breakout role came in 1991 when he starred as the titled character in Lik wong (1991), aka The Story of Ricky. By then, Siu-Wong has emerged into a true action star with the muscles to match. He continues to work in films today, although they are not exactly the big Hong Kong blockbusters everyone goes out to see.

The Legend of Zu