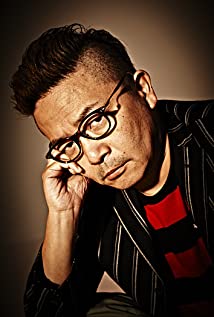 Shion Sono is a Japanese director, writer and poet. Born in Aichi Perfecture in 1961 he started his career working as a poet before taking his first steps in film directing. As a student he shot a series of short films in Super 8 and managed to make his first feature films in the late 80s and early 90s, in which he also starred. The film that helped him reach a wider international audience and establish himself as a cult director is Love Exposure (2008) , released in 2008. Ai no mukidashi is the first installment of Sono's Trilogy of Hate followed by Cold Fish (2010) and concluded with Guilty of Romance (2011). The films of Shion Sono often tell the stories of socially marginalized teenagers or young adults who end up engaging in activities that involve murders, sexual abuse and criminal behavior. Sono's films in most of the cases contain scenes filled with graphic violence and blood that echo the long pinku eiga and anime tradition of Japanese cinema.

The Forest of Love: Deep Cut

The Forest of Love