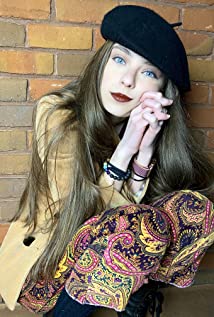 A native of Florida, Simone Lockhart started performing in local theatre productions and musical shows at the age of 5. She discovered her true passion for acting from the moment she first worked onset as a supporting lead in a short film. Soon after, she was signed by her choice of talent agencies and started actively strengthening her craft as a TV / Film and Improv actor. Her first TV role was on the mini-series Manhunt: Unabomber which originally aired on the Discovery Channel and is now available on Netflix. In 2020, Simone will appear on the big screen in Disney's feature film "Jungle Cruise". She has also been featured in a Corey Smith music video as well as national and regional commercials. She is an active member of the Catapult Acting Improv Troupe that performs at theaters in Atlanta.Simone is as equally passionate about music as she is about acting. She has been singing and playing drums since she was 7 and recently started learning to play guitar and piano. She regularly plays gigs at various venues in the Atlanta Metro area and has also performed in Los Angeles and Florida. She loves playing all styles of rock music from classic to metal. In her free time, Simone enjoys cooking, vintage shopping, hanging out with her friends, playing video games, volunteering with people with autism, collecting vinyl records, and eating chocolate.