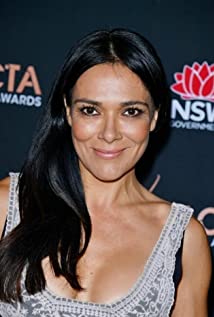 Simone Kessell was born and raised in Auckland, New Zealand. Her mother is Maori and her father of European decent. Simone began her acting career as a teenager in New Zealand working on local TV drama's and hosting her own kids show 'The Cartoon Company' at 18. She later moved to Sydney and worked on television shows with some of Australia's leading industry talent. A move to the U.S was inevitable and after basing herself in Los Angeles Simone found roles on prominent American films and TV shows. She was cast as a lead on FOX's Spielberg produced Terra Nova and then went on to star in a lead role in ABC's 'Of Kings and Prophets'. Her performance was a "definitive highlight," "A stand out performance" according to the Boston Globe and New York Times. Recently she was main cast in ABC's prime time drama series 'The Crossing'. Her other recent work includes Australian biker thriller 1% (Outlaws A24) for which she received a 2018 AACTA (Australian film award) nomination for best supporting actress against Nicole Kidman's 'Boy Erased'. Her latest series 'Reckoning' will premiere this Fall 2019 with Sony Pictures Television.