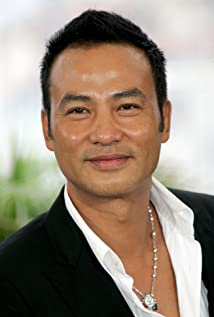 Simon Yam was born 19 March, 1955, also known as Yam Tat-wah, is a veteran Hong Kong-based actor and film producer. He started off as a supermodel before becoming an actor in the mid 1970s. He then signed with the Hong Kong television network TVB, starring and co-starring in a number of television series prior to "apply his trades" in the film industry in 1987. His elder brother is Yam Tak-wing, a retired former Deputy Commissioner of Hong Kong Police.In 1989, he starred in the Japanese-Hong Kong co-production of Fainaru faito - Saigo no ichigeki (1989). This was the first of its kind in which English was spoken throughout the entire film. In 1992, Yam gained critical acclaim for his role as the maniacal Judge in the crime film Full Contact (1992), where he faced off in a bloody battle against Chow Yun-Fat's character. In 1993, he starred as "Dhalsim" in the action-comedy film Future Cops (1993), a parody of Street Fighter directed by Jing Wong. In 1996, Yam began his role as Chiang Tin-Sung, the leader of the Hung Hing triads in the first three installments of the Young and Dangerous (1996) film series.In 2000, Yam starred as Cheung-sun, the progenitor of all vampires, in the television series Ngo wo geun see yau gor yue wui II (2000), produced by ATV. In 2003, Yam made his Hollywood film debut in Lara Croft Tomb Raider: The Cradle of Life (2003) as Shaolin crime lord.Yam received international acclaim for his performances in international film festival hits and box offices such as Naked Killer (1992), Kill Zone (2005), Election (2005), Election 2 (2006), Exiled (2006), Lara Croft Tomb Raider: The Cradle of Life (2003), The Thieves (2012).

House of the Rising Sons

Legend of the Naga Pearls

Colour of the Game

Phantom of the Theatre