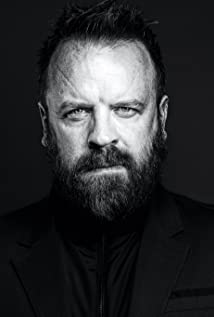 Simon Phillips is an award winning British actor, probably best known for the Amazon Prime hit TV shows Age of The Living Dead & No Easy Days and the The Rise and Fall of a White Collar Hooligan Trilogy features films. He's also cited and won awards for his gruesome portrayal of Santa Claus in Christmas Horror features Once Upon A Time At Christmas and The Nights Before Christmas. His 2021 Feature film Butchers, garnered high praise from The Guardian Newspaper stating "It's Phillips' performance that keeps the film's pulse going. His Owen is exhilarating unpredictable, alternating between moments of meticulous villainy and sheer lunacy - one moment he will be refitting a spooky music box while eyeing his oblivious prey, next he will be whacking his victim bloodily, channeling a kind of biblical righteousness that makes him slippery, fascinating and, most importantly, terrifying to watch."He has appeared in feature films with Bruce Willis, Danny Dyer, David O'Hara, Mark Hamill, Robert Englund, Rutger Hauer, Richard E. Grant, Jean-Claude Van Damme, Jonathan Rhys Meyers, John Malkovich and Mel Gibson.

The Nights Before Christmas

Age of the Living Dead

Once Upon a Time at Christmas