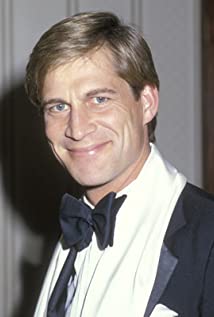 Born in Ely, Cambridgeshire, England, the light-haired, aristocratically handsome Simon MacCorkindale's first career choice was to follow in his Air Force pilot father Peter's bootsteps by joining the Air Training Corps., but his deteriorating eyesight forced him to choose an alternative vocation. Taking drama classes following high school graduation, he attended the highly prestigious Haileybury and Imperial Service College in Hertfordshire in the late 60s. He subsequently put in much time on the repertory theatre stage, which culminated in a West End debut appearance in the highly acclaimed production of "Pygmalion" with Alec McCowen and Diana Rigg in 1974. Simon later appeared in several heralded TV miniseries productions such as I, Claudius (1976) and Jesus of Nazareth (1977).His major breakthrough in film came with the role of the charming and cunning shipboard suspect in the all-star whodunnit Death on the Nile (1978), with similar shady roles in such films as The Riddle of the Sands (1979) keeping the momentum going. Hollywood became an option for him in the 80s and he found his patrician good looks well suited for TV, with series roles ranging from soap operas (Falcon Crest (1981)) to adventures (Manimal (1983)). Since then, Simon has delved into stage projects featuring him as both director and actor, more notably in "Macbeth" and "The Merchant of Venice". Much of the last decade was spent starring as a doctor in the British TV series Casualty (1999).Divorced during his early career from actress Fiona Fullerton, he subsequently married Brit actress Susan George and produced a few of her films. They also raised Arabian horses together. He focused for a time as a producer/director/writer on a variety of personal projects, but has since concentrated again on performing. Simon lost his over four-year-old battle with bowel cancer in October 2010.

Such a Long Journey

That Summer of White Roses