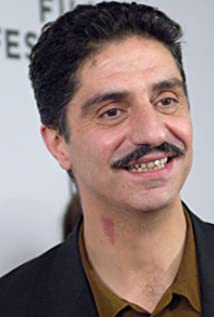 Simon Abkarian was born Simone Abkarian on March 5, 1962, in Gonesse, a northeastern suburb of Paris, France, into a French - Armenian family. Young Simon Abkarian grew up in a trilingual environment, he learned French at school in addition to his native Armenian, and also learned English by watching American films since he was a kid. He spent most of his childhood in France until the age of nine, then went with his parents to Beirut, Lebanon.From 1971 to 1977 young Abkarian lived with his mother and father in Lebanon. He studied dancing with the Lori Dance Ensemble in Beirut. There he attended Armenian school and also studied French and English. In 1977, his father went to war in Lebanon, and 15-year-old Abkarian with his mother moved back to Paris. A few years later he moved to New York and continued his studies of dancing and acting at the Antranik company in New York, then moved to Los Angeles, California. In 1983-1985 he studied acting and joined the Armenian Theatre Company Artavadzt of the AGBU under the leadership of director Gerald Papazian. In 1984, he joined the workshop at renown Theatre du Soleil on tour in Los Angeles during the Olympics Art Festival. Abkarian took a month-long acting workshop from Mnouchkine's mask-maker, Georges Bigot, then was auditioned by Ariane Mnouchkine who invited him to join the company. In 1985 Abkarian returned to Paris, France. There he resumed a successful stage acting career, and had an eight-year-long collaboration with Ariane Mnouchkine, the legendary director of Théâtre du Soleil. There he played leading roles in Greek tragedies and became known for his charismatic performances. He also directed several stage plays in Paris, including Shakespeare's 'Love's Labour Lost' at the Bouffles du Nord, and Aeschylus's 'The Last Song of Troy' at Bobigny, among others. In 2001 Abkarian won the highest award in French theatre for an actor - the Prix Molière, for his performance in 'Une Bête Sur La Lune' (aka.. Beast on the Moon). Since 1993, Abkarian and his actress-director wife, Catherine Schaub-Abkarian, started their own theatre T.E.R.A. (Theatre Espace Recherche Acteur) in Paris. There he has been playing and directing classical and contemporary plays. In the season of 2005-2006, he was brought by The Actors' Gang to direct Shakespeare's 'Love's Labor's Lost' in Los Angeles.Abkarian made his film debut in 1989, in a short film Ce qui me meut (1989) by director Cédric Klapisch. During his early film career, Abkarian enjoyed a fruitful collaboration with Cédric Klapisch in 6 French films, becoming noticed in the award winning When the Cat's Away (1996). He earned critical acclaim for his portrayal of painter Archil Gorky in Atom Egoyan's award winning epic Ararat (2002). Simon Abkarian won awards for his performance as Eliahou in To Take a Wife (2004) by director Ronit Elkabetz. That same year Abkarian gave a stellar performance in his first leading role in English, co-starring as He, a passionate Lebanese doctor turned cook who is in love with an American woman (Joan Allen) in Yes (2004) directed by Sally Potter. He made a step forward in his film career with the supporting role as Alex Dimitros in Casino Royale (2006), playing in several powerful scenes opposite Daniel Craig.Simon Abkarian has been generously involved in the humanitarian causes of the Armenian people across the world. He has been a frequent participant, host and presenter at numerous charitable events and ceremonies related to the Armenian causes. He was also a member of French President Jacques Chirac's delegation to Armenia in October of 2006.

The Swallows of Kabul

Don't Tell Me the Boy Was Mad

Gett: The Trial of Viviane Amsalem