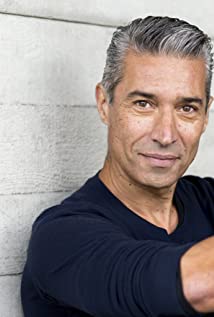 Silas Carson (b: 1964) is an English actor who has spent most of his life living in London. He trained at The Drama Centre, London, and works extensively on stage and screen. He has played many classical roles in the theatre, including at The Royal Shakespeare Company, The Royal National Theatre and Shakespeare's Globe. On screen he is best known for his role as Bullimore (aka Khan) alongside Donald Sutherland in Danny Boyle's FX series 'Trust'. Other notable productions include 'Phantom Thread' (Focus Features), 'The Casual Vacancy' (HBO/BBC), 'The Grid' (Carnival), 'Tut' (Spike TV), 'Hidalgo' (Disney) and 'Locke' (Shoebox Films). In certain circles he is known for playing Ki-Adi Mundi, Nute Gunray and Lieutenant Williams in 'Star Wars: The Phantom Menace', 'Attack Of The Clones' and 'Revenge Of The Sith', testament to his versatility as a voice and character actor. He has also voiced The Ood in various 'Dr. Who' series and regularly provides voices for video games such as 'Warhammer 2 - Total War' and 'Wrath Of The White Witch'.