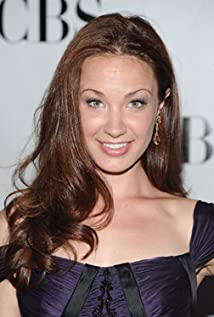 Sierra Marjory Boggess was born May 20, 1982. She is best known for her roles as Ariel in the Broadway production of "The Little Mermaid" and Christine Daae in "The Phantom of the Opera". Her career started when she was cast in the Ensemble and as the understudy of Cosette in the US Tour of Les Miserables. Her other works include her portraying Maria in West Side Story, Charity in Sweet Charity, and Polly in the Boy Friend. She has also played the role of Christine Daae for the Las Vegas production of "The Phantom of the Opera". Sierra is the middle child of Kellun Turner Boggess and Michael Boggess. She was raised in Denver, Colorado with her sisters Summer and Allegra. Summer was part of the orchestra for "The Little Mermaid" and "The Phantom of the Opera" when Sierra was in the shows. Sierra has been engaged to former West End "Love Never Dies" co-star Tam Mutu. Since then, rumors have been circulating that the two of them have recently broken off their engagement due to reasons that were never fully explained.

The Phantom of the Opera at the Royal Albert Hall