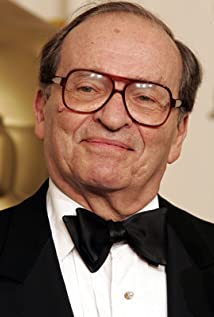 Sidney Lumet was a master of cinema, best known for his technical knowledge and his skill at getting first-rate performances from his actors -- and for shooting most of his films in his beloved New York. He made over 40 movies, often complex and emotional, but seldom overly sentimental. Although his politics were somewhat left-leaning and he often treated socially relevant themes in his films, Lumet didn't want to make political movies in the first place. Born on June 25, 1924, in Philadelphia, the son of actor Baruch Lumet and dancer Eugenia Wermus Lumet, he made his stage debut at age four at the Yiddish Art Theater in New York. He played many roles on Broadway in the 1930s and also in the film ...One Third of a Nation... (1939). After starting an off-Broadway acting troupe in the late 1940s, he became the director of many television shows in the 1950s. Lumet made his feature film directing debut with 12 Angry Men (1957), which won the Golden Bear at the Berlin Film Festival and earned three Academy Award nominations. The courtroom drama, which takes place almost entirely in a jury room, is justly regarded as one of the most auspicious directorial debuts in film history. Lumet got the chance to direct Marlon Brando in The Fugitive Kind (1960), an imperfect, but powerful adaptation of Tennessee Williams' "Orpheus Descending". The first half of the 1960s was one of Lumet's most artistically successful periods. Long Day's Journey Into Night (1962), a masterful, brilliantly photographed adaptation of the Eugene O'Neill play, is one of several Lumet films about families. It earned Katharine Hepburn, Ralph Richardson, Dean Stockwell and Jason Robards deserved acting awards in Cannes and Hepburn an Oscar nomination. The alarming Cold War thriller Fail Safe (1964) unfairly suffered from comparison to Stanley Kubrick's equally great satire Dr. Strangelove or: How I Learned to Stop Worrying and Love the Bomb (1964), which was released shortly before. The Pawnbroker (1964), arguably the most outstanding of the great movies Lumet made in this phase, tells the story of a Holocaust survivor who lives in New York and can't overcome his experiences in the Nazi concentration camps. Rod Steiger's unforgettable performance in the title role earned an Academy Award nomination. Lumet's intense character study The Hill (1965) about inhumanity in a military prison camp was the first of five films he did with Sean Connery. After the overly talky but rewarding drama The Group (1966) about young upper-class women in the 1930s, and the stylish spy thriller The Deadly Affair (1967), the late 1960s turned out to be a lesser phase in Lumet's career. He had a strong comeback with the box-office hit The Anderson Tapes (1971). The Offence (1973) was commercially less successful, but artistically brilliant - with Connery in one of his most impressive performances. The terrific cop thriller Serpico (1973), the first of his films about police corruption in New York City, became one of his biggest critical and financial successes. Al Pacino's fascinating portrayal of the real-life cop Frank Serpico earned a Golden Globe and the movie earned two Academy Award nominations (it is worth noting that Lumet's feature films of the 1970s alone earned 30 Oscar nominations, winning six times). The love triangle Lovin' Molly (1974) was not always convincing in its atmospheric details, but Lumet's fine sense of emotional truth and a good Blythe Danner keep it interesting. The adaptation of Agatha Christie's Murder on the Orient Express (1974), an exquisitely photographed murder mystery with an all-star cast, was a big success again. Lumet's complex crime thriller Dog Day Afternoon (1975), which Pauline Kael called "one of the best "New York" movies ever made", gave Al Pacino the opportunity for a breathtaking, three-dimensional portrayal of a bisexual man who tries to rob a bank to finance his lover's sex-change operation. Lumet's next masterpiece, Network (1976), was a prophetic satire on media and society. The film version of Peter Shaffer's stage play Equus (1977) about a doctor and his mentally confused patient was also powerful, not least because of the energetic acting by Richard Burton and Peter Firth. After the enjoyable musical The Wiz (1978) and the interesting but not easily accessible comedy Just Tell Me What You Want (1980), Sidney Lumet won the New York Film Critics Circle Award for his outstanding direction of Prince of the City (1981), one of his best and most typical films. It's about police corruption, but hardly a remake of Serpico (1973). Starring a powerful Treat Williams, it's an extraordinarily multi-layered film. In his highly informative book "Making Movies" (1995), Lumet describes the film in the following way: "When we try to control everything, everything winds up controlling us. Nothing is what it seems." It's also a movie about values, friendship and drug addiction and, like "Serpico", is based on a true story. In Deathtrap

I Knew It Was You: Rediscovering John Cazale

Directed by Sidney Lumet: How the Devil Was Made