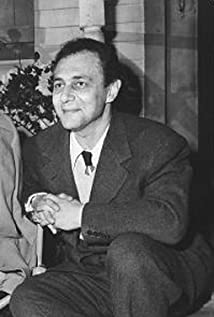 The son of a Russian émigré clothing merchant, Sidney Buchman was born in Duluth, Minnesota, on March 27 1902. He initially attended the University of Minnesota. After his family moved to New York, he continued his studies at Columbia University, graduating in 1923. The following year, he travelled to England and worked as an assistant stage manager at the Old Vic. Upon his return to New York, he tried his hand writing for the theatre and had two plays produced, "This One Man" (Broadway, 1930) and "Storm Song", both of which flopped.In 1931, Buchman went to Hollywood, having secured a screenwriting contract with Paramount. He remained for two years, then moved on to Columbia, where he was given the opportunity to work on several sophisticated and witty comedy scripts which often juxtaposed simple, honest country folk, with slick, corrupt urbanites. Along with Frank Capra, he helped raise the studio's prestige and shake off the stigma of having once been a 'poverty row' outfit. His biggest hits were She Married Her Boss (1935), Theodora Goes Wild (1936), Mr. Smith Goes to Washington (1939) and Here Comes Mr. Jordan (1941). In view of the massive box office success of these pictures, Buchman was promoted up the ladder to producer in 1937. Five years later, he was made vice-president of production (with his own production company within the studio), effectively functioning as Harry Cohn's right-hand man.He held this post until 1951, when he was subpoenaed to appear before the House Un-American Activities Committee and forced to admit that he had been a member of the Communist Party between 1938 and 1945. However, he steadfastly refused to 'name names'. In March 1953, he was found guilty of contempt by Congress, fined $150 and blacklisted. While based in the south of France, Buchman was given a reprieve by 20th Century Fox, who defied the blacklist, by hiring him in 1960 to work in their European department. He eventually did most of the work on the screenplay of The Mark (1961), a British/German co-production starring Maria Schell and Stuart Whitman. He was also one of the many contributors to Fox's epic Cleopatra (1963). Buchman died in his adopted home in Cannes in August 1975 at the age of 73.

A Song to Remember

The Howards of Virginia