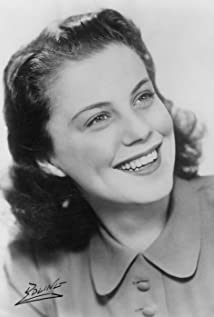 Her first public performance was on radio at the age of 10, together with her friend Birgit Tengroth. She debuted in a revue held at her father's place of work when she was 15. This led to more work at the theatre, a screen test for Svensk Filmindustri and a small role in Kära släkten (1933). More roles followed and she made movies in the daytime and theatre in the evenings. Although she made a lot of movies before it, she has said that her breakthrough came with Playing Truant (1949). She was almost without exception cast as a happy, care-free woman in comedies, but she has said that this was not a problem for her, since she describes herself as a very happy person in private. It was not until Alf Kjellin's The Pleasure Garden (1961) she got a dramatic part as an unmarried mother. She has worked with a lot of different directors, but two of them showed a particular interest in her, Schamyl Bauman and Hasse Ekman. Bauman mainly in the 1930-1940s and Ekman in the 1950s.