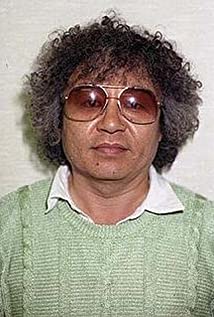 Ishinomori Shotaro was born on January 25, 1938 in the town of Ishinomori, Miyagi prefecture as Onodera Shotaro. As one of the most prolific comic artist in history, his works encompasses over 770 titles exceeding 128,000 pages. Being one of the early pioneers of Japanese "manga" or comics, he was one of the few Japanese comic artists whose works has been syndicated overseas along with Osamu Tezuka (Astro Boy), Jiro Kuwata (8th Man), Rumiko Takahashi (Inuyasha), and Fujiko Fujio (Obake no Q-taro). Ishinomori made his debut as a comic artist in 1954 with "Nikyu Tenshi". His kanji name could be read either as "Ishimori" or "Ishinomori". Although he intended it to be read as "Ishinomori", most people read it as "Ishimori" and that name stuck for the next 30 years. In 1956 he moved to Tokyo to live in a now legendary apartment called Tokiwa-so which housed many of the future comic artists of Japan. He was mentored like so many young comic artists living in Tokiwa-so by the late Osamu Tezuka (of Astro Boy, and Kimba the White Lion fame). The first episode of Astro Boy (Tetsuwan Atom) was actually penned by Ishinomori because Tezuka was sick at the time. You can see Ishinomori's style on this first episode of Astro Boy titled "Atom Taishi". Ishinomori was writing adventure Sci-Fi action like many of his colleagues for pre-teen boys in the late '50s and early'60s such as "Niichan Sensha", "Mutant Sabu", and "Cyborg 009". He also drew a cartoon version of Toho's movie "Matango" during this period. In 1966 he won the Kodansha manga award for his works on "Mutant Sabu" and "Cyborg 009". In 1971, his comic "Kamen Rider" was syndicated as a television series, and saw enormous success. The word "Henshin" (Battle cry Kamen Rider shouts before making his transformation) became part of the staple language of youth at the time. He followed up on his success with "Kamen Rider II", "Kamen Rider V3", "Kamen Rider Black", "Inazuman", and "Kikaida" who all transformed their appearances before the battle. In 1975 he co-created the "Go Rangers", the first Super Sentai series. A later Super Sentai, Zyuranger, became popular in the United States in the '90s as Mighty Morphin Power Rangers. In 1986 to celebrate his 30th year as a comic artist, he officially changed his pen name to "Ishinomori Shotaro" which was the name he intended for himself in the first place. During his later years, he was penning many comics for adults depicting the society from his view as comic artist. Ishinomori passed away at the age of 60 in 1998 from heart failure. He will be remembered as one of the founding fathers of genre we now call as "manga".