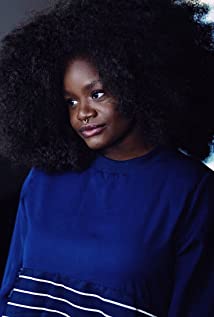 Shoniqua Shandai is a trained actress and singer fostered from the Atlantic shores. Born in New York, New York and raised in Richmond, Virginia; Shandai spent her entire high school career wholeheartedly focusing on developing her crafts. Desperate for more, Shoniqua and family set off to the beautiful Hollywood Hills seeking prosperity. Since that leap of faith, Shoniqua has graduated from the American Musical and Dramatic Academy; where she received a certificate in both the music and acting aspects of performing. She has starred in several plays in Hollywood and has begun a burgeoning film career. Most recently, Shoniqua landed the title role in Mud Puddle Film's newest feature project "Zola Jumped In." She is set to film Summer 2012. Shoniqua Shandai wants to show the world that beauty comes in all shapes and sizes and every woman is a queen. Greatness comes in individuality... Embrace your Queendom!

The Obituary of Tunde Johnson