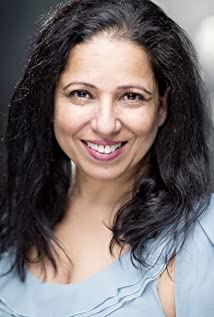 Shobu Kapoor was born and grew up in India. She moved to the UK in 1988 and started her professional career. After training at Drama Studio London, she performed in many theatre productions over the course of a few years. Her first TV appearance was 'Family Pride' for Channel 4, where her initial guest role turned into a series regular due to the popularity, energy, and skill she had shown with her performance.Shobu's next TV job was 'Eastenders', where she played the highly popular series regular character 'Gita Kapoor'. The character of Gita established Shobu as a household name in the UK and abroad. After leaving Eastenders, her next big show was 'Citizen Khan', where she played the leading role of 'Mrs Khan'. After many years working on multiple high-profile TV and film projects, her latest outing is the role of 'Seema' in the highly anticipated Channel 4 show 'We Are Lady Parts'.In a career spanning over three decades, Shobu has played a range of characters across theatre, television, film, and radio. She has a memorable voice and has done a variety of voiceover work.

Van Wilder 2: The Rise of Taj