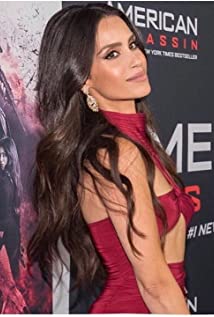 Shiva Negar is an Iranian-Canadian Actress, Model, and Producer, who rose to prominence starring as Annika Ogden in CBS Films/Lionsgate Blockbuster Movie "American Assassin" and made the short list of Variety Magazine's "10 Canadians to watch".Shiva can be seen on various Films and Network Television shows. Some of her latest credits include the CBS Military Drama "Seal Team" and DUST channel's Sci-fi thriller "ALT".Coming from a very diverse background, born in Iran, raised in Turkey and Canada. Shiva began her career in music, as a child performer in piano and guitar recitals and singing competitions, followed by theater and live performances throughout her adolescence. Performing Arts was always her passion and she had to overcome many obstacles and cultural traditions in order to follow her dreams and pursue her acting career. She also managed to graduate from York University with a Bachelor's degree in Psychology and a Postgraduate degree in Events Management & Marketing.Dedicated to using her work in performing arts as a medium to tell impactful stories, to inspire, support and empower women all over the world, Shiva hopes to spread awareness about more pressing issues surrounding modern culture and society.Shiva Negar is one of the faces of the EDA (Ethnically Diverse Artists). She is also one of the contributors and a child sponsor for the non-profit organization Mother Miracle, educating and feeding the impoverished children.

Four in the Morning

Please Kill Mr. Know It All