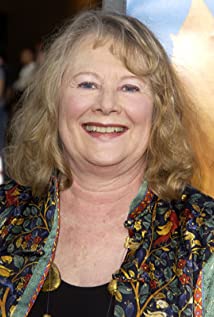 Shirley Knight was a distinguished film, television, and stage actress, who was a two time-Academy Award-nominee, and Golden Globe and three time-Emmy winner, known for her roles in As Good as It Gets (1997), Endless Love (1981), and Sweet Bird of Youth (1962), among many other roles over six decades.Shirley was born on July 5, 1936 in Gossell, Kansas, to Virginia (Webster) and Noel Johnson Knight, an oil company executive. She spent her young life in Mitchell, Kansas, and later lived in Lyons, KS, where she graduated from high school. She attended Phillips University in Enid, Oklahoma, and Wichita State University, and had a Doctor of Fine Arts Degree from Lake Forest College. She began studying to be an opera singer at age eleven.After studying at the Pasadena Theatre School, she began her film career in 1959. She went to New York and began her theatre career. Shirley studied acting with Jeff Corey and Lee Strasberg and was a member of The Actors Studio. She received many honors from her home state of Kansas, including the Kansan of the Year award in 2000 and the Governor's Distinguished Artist Award in 2007. Both were given to her by Governor Kathleen Sebelius.Shirley was married to writer John R. Hopkins until his death in 1998. She has two daughters, Kaitlin Hopkins and Sophie C. Hopkins. Kaitlin is an actress-singer-director and Sophie a writer.

Listen to Your Heart

The Private Lives of Pippa Lee

The Other Side of the Tracks