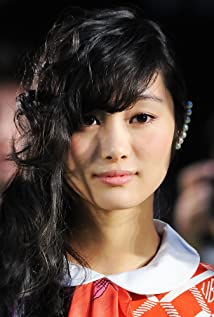 Shioli Kutsuna was born in Australia, but moved to Japan at age 14 in order to pursue a career in acting. Shioli won the 11th Japan Bishojo Contest in 2006. This award chooses the most beautiful young girl in Japan. Her first role came next year when she was part of the cast of 3 Nen B Gumi Kinpachi Sensei 8, which was a TBD TV school drama. Two years later garnered her a main character role for the serial Tsugumi Nitobe in 7 Mannin Tantei Nitobe. In that year she also appeared in her first movie, Guardian Angel. Her appearance in Back Pages garnered her the 85th Kinema Junpo Award for Best Actress in 2010. Shioli graduated from Horikoshi High School in Tokyo in 2011, but dropped out of Asia University, where she was starting Arts, in 2013 in advance of her third year due to the pressures of acting thus breaking an earlier vow to persist no matter what. She has won several other awards since her earlier ones including 9th Clarino Beautiful Legs Award in the teen category in 2011 and Newcomer Of The Year, which came in 2014 some five years after she began her career, at the 37th Japan Academy Prize. She was one of four girls on the road in Petaru Dansu and was cast in the Hollywood production for a Deadpool sequel due in 2018.It was reported that she is dating actor Shôta Matsuda in 2013. Shioli does quite a bit of corporate advertising for the likes of Epson, MOS Burger and Pocky and others. She took some flak for the Pocky work due to the popularity of her predecessor, Yui Aragaki. She is represented by Oscar Promotion.

While the Women Are Sleeping