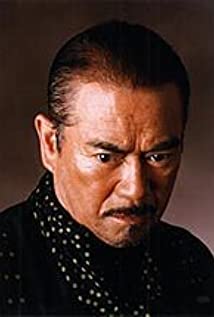 Pivotal figure in the 1970s explosion of martial arts cinema as lethal "fists for hire" trouble shooter, Takuma (Terry) Tsurugi, starring in the phenomenally popular and ultra violent "The Street Fighter" series of action films. Sonny Chiba wasn't a graceful, fluid fighter like screen icon Bruce Lee, but rather he was a ferocious machine that mowed down his opponents with his fists and feet, always with a menacing grimace on his face!Chiba was born Sadao Maeda in Fukuoka, Japan in 1939 and shared a house along with four other siblings to a father who was a military test pilot. As a youth, he was keen on both theatre and gymnastics, and was a talented enough athlete to score a position in the Japanese Olympic Team, until a chronic back injury finished his gymnastic aspirations. However, whilst at university he took a strong interest in karate under the guidance of the legendary "Mas Oyama", and soon earned his first black belt. However, his life took another turn, when in 1960 he was discovered during a talent search by Toei Studios, and he soon began his screen career under the name of "Shinichi Chiba", appearing as "Space Chief" in _Uchu Kaisoku-ken (1961)_ (aka "Invasion of the Neptune Men). Over the next decade, Chiba busied himself with many appearances in Japanese crime thrillers and steadily built a reputation for playing hard men of few words and direct actions.With his martial arts proficiency in karate, judo & kenpo, he was in the box seat to take advantage of the early 1970s martial arts boom commenced by Chinese superstar Bruce Lee, and Chiba starred in the brutal and uncompromising The Street Fighter (1974) (aka "The Streetfighter"). The film has Chiba playing a mercenary style, street thug who will do anything for a price, and take on most anyone, including the Japanese Yakuza. The approach of the film was quite different from the Bruce Lee films in that Lee only eliminated his enemies when he was defending his friends or his honor. Quite the opposite, Chiba was only after a fistful of dollars for his deadly services and would engage in mortal combat for the highest bidder, although this often clouded his judgement to his own detriment. The only person "The Street Fighter" respects is his martial arts teacher, the short rotund, karate master "Masaoko" played by Masafumi Suzuki, who manages to easily out smart and out fight the frustrated Chiba! Upon its release, the film was roundly criticised for its excessive violence, including the amazing finale where a lethal blow to the ringleader's skull is shown in x-ray on screen. Fans didn't care, and they flocked in their thousands to see this economically made, yet eye catching chop socky spectacular.A sequel quickly followed with him back again in the messy production Return of the Street Fighter (1974) (aka "Return of The Streetfighter"), which was followed by a third Streetfighter movie also starring female martial arts dynamo Etsuko Shihomi in the gritty Sister Street Fighter (1974) (aka "Sister Street Fighter"), and then the fourth and final film in the series _Gyakushu Satsujin ken (1974)_ (aka "The Street Fighters Last Revenge"), which was arguably the best of all the sequels.Chiba had firmly established himself as a key anti-hero of Asian martial arts cinema who said little, and used his fists to sort out his troubles. With the demand high from keen action fans, he remained remarkably busy on screen for the next twenty years starring in numerous Japanese film & TV productions with an emphasis on bruising fights, samurai swords, Yakuza gangsters and pretty girls in trouble.Outside of Japan, the "Street Fighter" series of films has achieved enduring popularity through many midnight cult screenings, and their style heavily influenced a youthful indie filmaker named Quentin Tarantino. Tarantino has used strong references and imagery from the "Street Fighter" movies in several of his films including True Romance (1993) and _Pulp Fiction (1995)_. And when Tarantino came around to casting his mammoth Kill Bill: Vol. 1 (2003) project, he was awed to have Chiba accept the key role of the hot headed, and sometimes humourous, Okinawan sword maker "Hattori Hanzo. Sonny Chiba has undoubtedly been a major figure and ongoing influence in the worldwide passion for martial arts movies for over thirty years, and he continues to actively contribute to the genre by encouraging & training young hopefuls seeking to make their mark on screen.

The Fast and the Furious: Tokyo Drift