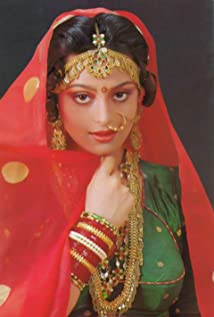 Born on 20th November in a moderate Marathi-speaking household in Bombay, Scorpion Shilpa was the first of the two sisters who took to acting in Bollywood movies.Living in Bombay's elite suburb, Khar, Shilpa's caught Bollywood's attention after she was crowned Miss India in 1992. Her mom's name is Vanita, while her sister is Namrata Shirodkar, who was also crowned Miss India in 1993.Whilst she is an engaging and attractive actress, she has been bogged down in roles that were more cosmetic, including getting drenched in the rain with her leading men.She is the Grand-daughter of actress Meenakshi Shirodkar, who starred in Brahmachari (1930s), and was the first actress to wear a swimsuit and gambol in a pool, albeit to depict Lord Krishna bathing in the Holy river Yamuna with his gopis.Some of her movies include Kishen Kanhaiya, Chhoti Bahoo (1994), Bandish, Apradhi, Dand Nayak, Gaja Gamini, and Bhrashtachar.After completing her last movie, Gaja Gamini, Shilpa got married to Aparesh Ranjit, on July 8, 2000 at The Club in Andheri, Bombay, in a marriage arranged by their respective families.After her marriage the two re-located to New Zealand, then to the Netherlands, finally setting down in London, Britain, where Aparesh found employment with the Barclays Bank.She gave birth to a daughter, Anushka, during 2003, and now calls herself a 'full-time mom'.She continues to visit India every year.Shilpa continues to have many loyal fans who keep track of her, and hope to see her sometime whenever she decides to make a come-back.