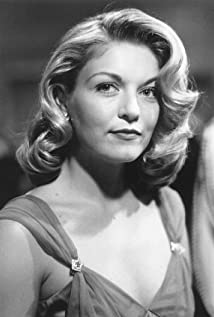 "Dead, wrapped in plastic" is how Sheryl Lee entered onto the scene as Laura Palmer, the doomed homecoming queen on the cult TV series Twin Peaks (1990).Lee was born April 27, 1967 in Germany. She grew up in Boulder, Colorado, spending much of her youth studying dance before knee injuries ended her hope of becoming a dancer. She began acting in school plays, graduated from Fairview High School, and attended the American Academy of Dramatic Arts in Pasadena, California. Lee also spent time at the North Carolina School of Arts, the National Conservatory Theater in Denver, and Colorado University before pursuing stage work in Seattle, Washington.Here Lee landed the role of Laura Palmer, and she later appeared on Twin Peaks (1990) as Laura's cousin, Madeleine Ferguson. Madeleine was a brunette and wore glasses, but of course bore a striking resemblance to her late relative. Lee worked with Twin Peaks (1990) mastermind David Lynch again on the film, Wild at Heart (1990), and resurrected Laura Palmer one last time for Lynch's Twin Peaks: Fire Walk with Me (1992).Lee has gone on to have a long and adventurous career since then. Appearances have included the Stuart Sutcliffe biopic Backbeat (1994), the John Carpenter film Vampires (1998), and the TV series L.A. Doctors (1998).

White Bird in a Blizzard